Can Sound Waves Stand in for Light as an Analog to Hawking Radiation? 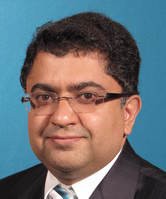 Newswise — One of the weirdest things about black holes is that they are thought to evaporate over time, due to an effect named Hawking radiation after the renowned physicist who postulated its existence.

While the nearest black hole is light years away and the titanic gravitational forces within make it impossible to observe directly, a new report in the journal Nature describes a possible analog for Hawking radiation that can be created on earth.

University of Saskatchewan theoretical high-energy physicist Masoud Ghezelbash specializes in the physics of black holes, gravitation, supersymmetry and M-Theory. We asked him for his views.

Q: Is this a valid model?

A: The idea of dumb hole (which is the sonic analog of a black hole) dates back almost 35 years ago by William Unruh of the University of British Columbia. In a dumb hole, the speed of phonons (the quanta of sound waves that are analog to photons) is less than the speed of fluid in which the sound waves propagate. So, there is a region of fluid that these phonons are bounded to and cannot escape from (similar to what happens in a black hole that photons are trapped by intense gravitational field of the black hole).

Q: What can this model tell us about Hawking radiation?

Q: What are the most pressing questions for physics related to Hawking radiation? Will this model help answer them?

Professor Ghezelbash is available to speak to the media on the subject of Hawking radiation, black holes, gravitation and associated topics.