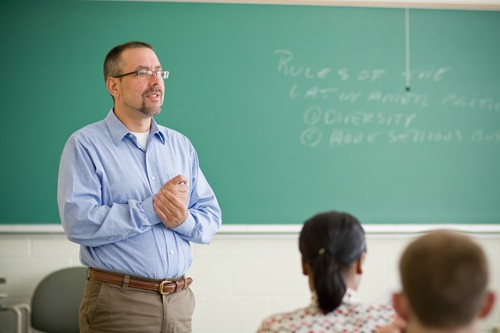 Siavelis, who has extensive experience briefing U.S. government appointees on Chile’s political landscape, says the upcoming inauguration of a right-wing president is causing some to lose sight of the accomplishments under the center-left government of the last 20 years, and focus too heavily instead on the role of the country’s free market economy.

“Beneath Chile’s vaunted market economy is the perseverance of a historically powerful state,” Siavelis says. “Chile’s effective regulatory power, especially in the area of construction, prepared and built the capacity to both withstand and respond to such a catastrophic disaster in a way that a minimalist state could never have.”

During the last 20 years, the Chilean state has reduced poverty, supported the development of new industries, and regulated the construction industry, enforcing building codes to assure construction that was able to withstand one of the strongest earthquakes in modern history.

In coming days ONEMI and the military will be central to distributing food, restoring electricity, water and gas service, and ensuring the orderly distribution of emergency supplies, Siavelis says.

Even though most comparisons of the different death tolls coming out of the Chilean and Haitian earthquakes have been based on different population distributions, epicenter depths, and a variety of other differences, Siavelis says: “The real overlooked lesson coming out of Chile is what a powerful regulatory state means for the difference in the death toll and likely recovery strategy when compared to Haiti.”