31-May-2017 11:05 AM EDT, by University of Virginia Darden School of Business
favorite_border 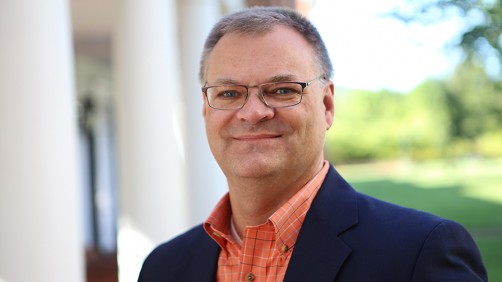 Newswise — When University of Virginia Darden School of Business Professor Jim Detert used to think of workplace courage, he pictured “whistleblowers” — individuals who spoke up publicly about illegal or immoral behavior after leaving their organizations. Yet, as he began to research the topic, he came to a surprising conclusion.

“A lot of these really spectacular people whom others pointed to as courageous were not people who left their organizations and faced the consequences of blowing the whistle from outside,” he said. “They were people who said ‘I love this place, I care about this place, and I want to stay in this place, but it needs to be different or better. And, therefore, I’ll accept the social or economic or other risks involved in trying to create positive change here.’”

Detert, who joined the Darden faculty in 2016 after nearly a decade at Cornell’s Johnson School of Management, hopes to help Darden students work on developing their capacity for workplace courage while they’re still in school. In a new course called “Defining Moments,” he aims to put students in “mini-crisis moments,” where they will have to decide what to do and how to do it skillfully. “The purpose of the class,” he said, “is to say, let’s put you in some of these incredibly difficult situations now — when the consequences only involve feeling a bit uncomfortable and uncertain — and practice.”

Over the last five years, Detert has collected close to 1,000 courage stories, as well as survey data from another 6,000 to 7,000 people about specific aspects of workplace courage. He’s used this data to develop, with Ph.D. student Evan Bruno, a taxonomy he calls the Workplace Courage Acts Index, which maps how courageous people perceive particular behaviors in a given organization and how frequently those behaviors occur. The current index includes 35 behaviors, from straightforward management tasks like providing a subordinate with negative feedback to confronting a boss about illegal or unethical behavior.

Back before his research, Detert used to tell students in leadership classes: “It doesn’t matter how many arrows you have in your quiver if, when the key moments come in your career to use them, you won’t — you’re afraid to or you won’t put some greater good above self-interest.” That insight resonated with students, who consistently asked in their course evaluations for more about workplace courage.

When he checked the literature, he found there was extremely limited research or curricula directly about workplace courage. So Detert, who has a master’s in sociology and a Ph.D. in organizational behavior in addition to his MBA, decided to take the subject on himself.

Detert realized that creating change from the inside requires a much broader set of skills than does being a whistleblower. He came to believe that helping people develop those skills and understand how to be “competently courageous” within the workplace would help a greater percentage of people than focusing on isolated cases of whistleblowing.

These insights led him to develop what he calls the Competent Courage Framework, which is intended to help people develop the skills to be courageous at work, but also be effective when doing so. This involves everything from the ways people create the conditions for successful action to their behavior in actual courage episodes to how they follow up afterwards.

In helping people use the framework, he often employs the metaphor of “climbing your courage ladder.” He encourages people to write out a list of actions, alongside a ladder image, starting with something that might take a bit of courage but feels doable, and working up to an action that feels important but is almost impossible to contemplate doing right now.

“A big part of the reason why people don’t act courageously is that most people tend to think of things that are near the top of their ladder, and that feels overwhelming,” he said. “You have to help people start by tackling something at the lower rungs of the ladder. They need to be willing to do it, and they need to have a reasonable shot at success to develop some efficacy that will support them as they take actions that require more courage.”

Courage, he says, is like a muscle, and we need to use it regularly to make it stronger and more effective.

“Each of us fears different things, and each of us has a different set of skills and areas for improvement,” he added. “As [psychiatrist] Scott Peck once said, the only people who have no fear are those with some kind of brain damage.”

Many of the cases in Detert’s class, which students will read and decide on in real time, are based on stories provided by Darden alumni and include both moments they are proud of and moments they regret.

“Most people don’t regret their courageous acts, no matter how they turned out, but they do have doubts that linger for years when they don’t act and they think they maybe should have,” Detert said. “To me, what’s also interesting in our own research is that, while almost nobody reports regret for acting, they report what I would call ‘how’ regret. They say, ‘I’m glad I acted, but I wish I had done some things differently.’”

Detert’s work is aimed at minimizing both kinds of regret. The Competent Courage Framework, as well as his “Defining Moments” class and other experiential learning opportunities he hopes to develop at Darden, are meant to help people recognize their tendencies, be more willing to act courageously when called for and build the skills they need to do so competently.

It goes back to his growing conviction that skillfully courageous leaders are made, not born. As he continues to write and present on the subject, Detert says he focuses a light on “extraordinary acts by ordinary people.”

“We all love to read about the Ghandis and the Mandelas, but I think it’s actually quite important to see people of all educational backgrounds and job titles and levels demonstrating workplace courage,” he said. “The goal is not to have people just armchair read, but instead think, ‘oh, I could do that.’ And then actually go and do it.”

Education In the Workplace Local - Virginia