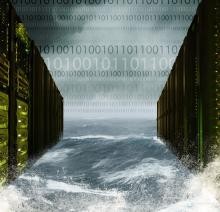 Newswise — EMSL – the Environmental Molecular Sciences Laboratory – is a national scientific user facility that seeks science solutions for energy and environmental challenges at the molecular level. Located at the Pacific Northwest National Laboratory and sponsored by the Department of Energy’s (DOE) Office of Science, the EMSL supports both open and proprietary research, working with nearly 800 scientists from academia, government labs, and industry and from nearly all 50 states and other countries each year to advance their research. EMSL has in-house tools or researchers can design and build their own specialized instruments. Researchers use EMSL’s newest high-performance supercomputer, Cascade, for studies on everything from aerosols impacts to water purification.

Researchers recently used the unique capabilities of EMSL – including its Chinook supercomputer – to study the types of clouds over the oceans, which are critical for climate projections. Most current climate models take the variety of clouds that form over the oceans and average them out to a single type – stratocumulus clouds or cumulus clouds – which cover tens to hundreds of kilometers. However, distinct cloud types have different effects on how much of the sun’s energy reaches the sea surface, which may introduce errors into large-scale climate models.

That’s what the researchers confirmed. Specifically, they found climate models that simply averaged one type of cloud underestimated the actual amount of ocean cloud cover, which in turn led to an overestimation of how much of the sun’s energy was reaching the ocean. Researchers also found that such models underestimate both temperature variations and movement in the cloud layer. This leads models to predict a quicker change from flattened stratocumulus clouds to the puffy cumulus clouds and also introduces uncertainties into climate projections. These findings at EMSL could lead to more accurate climate projections.