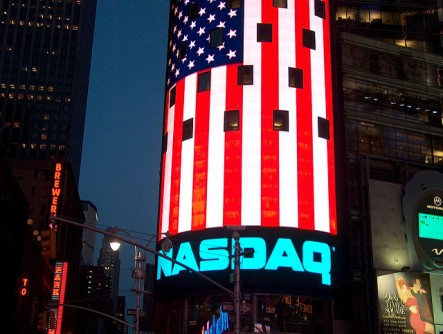 Savara Inc. is the first firm born in a University of Kansas lab to have shares offered to the public

Newswise — LAWRENCE — Cory Berkland might not be the first person you’d guess would help to create what has become a multimillion-dollar company.

The distinguished professor, appointed in the departments of Pharmaceutical Chemistry and Chemical & Petroleum Engineering at the University of Kansas, grew up on a pig farm in Iowa, studied chemical engineering at the undergraduate and graduate levels and — for a time — considered himself “a purist in terms of thinking about academic research.”

“I was averse to the private sector,” Berkland said. “I thought business was just a bunch of people out to make money.”

But through the arc of his career, which today includes the creation of four separate companies based on pharmaceutical concepts developed in his lab, Berkland has changed his views.

“It’s important to commercialize ideas so that you actually have the opportunity to improve people’s lives,” he said.

The most recent example of Berkland’s “positive effect” is the listing on Nasdaq last week of Austin, Texas-based Savara Inc., which he spun out of his KU lab in 2007 to develop aerosolized drug therapies. It’s the first company with origins at KU to have shares offered on a publicly traded stock exchange.

Following a “reverse merger” with another firm, Mast Therapeutics, on April 28, Savara’s common stock commenced trading on the Nasdaq Capital Market under the trading symbol “SVRA.” KU remains a shareholder in the firm.

“The Savara leadership identified a real need in patients that have cystic fibrosis — these patients often die from lung infections,” Berkland said. “While there was already a successful inhaled antibiotic on the market, called TOBI, that extended the life of patients, many were getting a different lung infection. The product’s effectiveness left patients susceptible to drug-resistant lung infections. Savara identified that need and created a product to address it.”

Today, the newly public company is on the cusp of a pivotal Phase 3 study of that product, AeroVanc — an inhaled powder of the antibiotic vancomycin to treat chronic methicillin-resistant Staphylococcus aureus (MRSA) pulmonary infection in cystic fibrosis.

While Berkland remains a shareholder in Savara, he’s stepped away from his chief technology officer role with the company. Interestingly, the technology that originally inspired the creation of Savara is no longer part of its flagship drug therapy, AeroVanc.

“Savara’s comparative studies between the original aerosol technology and the spray drying already used in the marketplace were carried out in my lab at KU,” said Berkland. “We went with spray drying because it was more turn-key and could propel AeroVanc into the clinic. Although our aerosol technology helped get the company started and led to corporate partnerships, Savara’s leadership made a wise pivot. I had to be ready to let my baby go. I didn’t hesitate — I knew it was the best decision for the company.”

Indeed, Savara eventually leveraged the potential of inhaled vancomycin to acquire Serendex Pharmaceuticals in the Netherlands, an achievement that made the firm valuable enough to complete the reverse merger with Mast.

Along the way, Berkland has learned to think like an entrepreneur, with the understanding that adaptability can be the key to success.

“We as faculty and technology innovators tend to think that discovery is what wins the day,” he said. “The technology that created a company in the first place can be leveraged to build momentum, raise money, and develop visibility and interest — but there have been many studies showing very few companies end up doing what they originally set out to do. I am indebted to Rob Neville, Taneli Jouhikainen, Chris Marich, John Lord and others for positioning Savara where it is today.”

Berkland, who won the Baxendale Commercialization Award in 2014, partially credits his ability to bring research to market to a tradition at the KU School of Pharmacy, where researchers like Val Stella and Ronald Borchardt have successfully translated drugs and technology from the lab to the marketplace.

“We are delighted to see the addition of Savara to the Nasdaq and the part KU research has in the company improving health outcomes and creating potentially life-saving therapies for people in need,” said Julie Nagel, president of KU Innovation & Collaboration and associate vice chancellor for innovation & entrepreneurship. “Cory’s work also boosts KU and highlights the commitment our university has to entrepreneurship and driving the economy.”

For Berkland, the addition of a company he founded to a major stock exchange shows how research and entrepreneurialism can make a “positive effect” on people’s lives.

“There are patient populations that don’t get therapies either because they're marginalized people or because the economics don’t work out for big pharmaceutical companies,” he said. “Savara identified a real need, and the passion and determination of Rob Neville and his team are positioning the company to treat cystic fibrosis patients suffering from the most severe form of lung infection.”