Penn and Mayo-designed Seizure Detection and Prediction Challenge is Sponsored by American Epilepsy Society, NINDS and the Epilepsy Foundation. 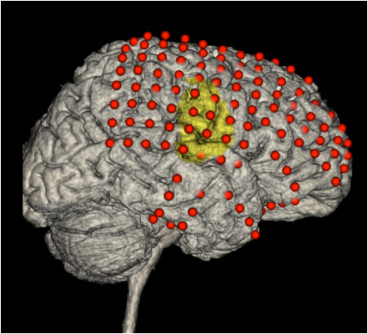 Newswise — PHILADELPHIA – Epilepsy affects more than 50 million people worldwide. The disorder is caused by abnormal electrical activity in the brain that can bring about seizures, changes in awareness or sensation and behavior. Despite multiple attempts to control seizure activity with medication, three million Americans suffer from recurrent, spontaneous epileptic seizures, the onset of which cannot be predicted or detected in advance.

A team of researchers from Penn and the Mayo Clinic has challenged the best minds in science and “machine learning” to improve devices to treat epilepsy with two competitions to detect and predict seizure onset.

The Seizure Detection and Prediction Challenge, an international competition sponsored by the American Epilepsy Society (AES), National Institutes of Health’s National Institute of Neurological Disorders and Stroke (NINDS) and the Epilepsy Foundation, challenges experts to detect and predict seizure activity accurately. In the first phase, seizure detection, contestants are charged with analyzing retrospective prolonged intracranial EEG data recorded from four dogs with naturally occurring epilepsy and from eight patients with medication-resistant seizures during evaluation for epilepsy surgery. The contestant or group that can identify the earliest EEG changes leading to seizures with the fewest false alarms wins $8,000.

A second phase, the seizure prediction challenge, will follow and award the winning contestant or group $20,000 for using the same data set to predict seizures in advance of their clinical onset with the highest accuracy.

Neurostimulation represents a possible therapy capable of aborting seizures before they affect a patient's normal activities. However, in order for a responsive neurostimulation device to successfully stop seizures, a seizure must be detected and electrical stimulation applied as early as possible.

“Accurate seizure detection and prediction are key to building effective devices to treat epilepsy,” says Brian Litt, MD, co-chair of the AES Presidential Symposium, professor of Neurology and Bioengineering at the University of Pennsylvania and director of Penn’s new Center for Neuroengineering and Therapeutics. Litt, with symposium co-chair Gregory Worrell, MD, PhD, Professor of Neurology, Biomedical Engineering and Physiology at the Mayo Clinic, are coordinating the competitions, and will announce the winners of both competitions at the AES Presidential Symposium in Seattle on Saturday, December 8th. Elson So, MD, also of the Mayo Clinic, is the current president of the American Epilepsy Society and the host of the symposium.

“This competition is an innovative way for researchers to come together to advance science and our understanding of epilepsy,” says So. “AES features the most recent clinical and basic research, technology and treatment developments, and the findings from this competition will be very important to our community of epilepsy professionals. We are pleased to announce the results at our annual meeting.”

Current treatment options, when medications fail, used to be limited to epilepsy surgery, vagus nerve stimulation, or enrollment in an experimental clinical trial. Advances in neuroengineering have led to implantable devices that target epilepsy and other neurological diseases. These crowd sourced competitions are an important step in making these devices better.

"The Epilepsy Foundation is proud to partner with the American Epilepsy Society and NINDS to fuel innovation through the Penn and Mayo-designed Seizure Detection and Prediction Challenge,” says Philip M. Gattone, CEO of the Epilepsy Foundation. This prize does much more than provide financial support — it has the potential to create new role models, inspire future generations and open doors to a much wider audience driven to pursue science and solutions to stop seizures and cure epilepsy."

The challenges are hosted by Kaggle.com, an online community where data scientists come together to solve complex problems and can be found at https://www.kaggle.com/c/seizure-detection. The first contest runs until Tuesday, August 19, 2014 after which the second competition will begin.

After the contest, these unique data sets will be made freely available to researchers worldwide by the NIH, University of Pennsylvania and Mayo Clinic at http://ieeg.org to advance epilepsy research and treatment. Join the international collaboration to cure epilepsy at http://ieeg.org and https://www.kaggle.com/c/seizure-detection.

“This contest addresses the needs of millions of people suffering from epilepsy, a disorder which can greatly interfere with daily living and negatively impact patients’ quality of life,” says Edmund Talley, Ph.D., NINDS Program Director. “The competition takes a unique approach to solving a fundamental problem and suggests a promising method that may also help us tackle additional neurological disorders.”

In addition to Dr. Litt, the Penn team is co-led by Zack Ives, PhD, professor of Computer and Information Science, and includes Joost Wagenaar, PhD, from Neurology and Bioengineering and Charles Vite, DVM, PhD, associate professor of Veterinary Neurology, School of Veterinary Medicine. The Mayo Clinic team includes co-primary investigator Gregory Worrell, MD, PhD, and Ben Brinkmann, PhD, from the Department of Neurology. The dog data were provided by Neurovista and the University of Minnesota.

The work is funded by NINDS (1U24-NS063930) in addition to the contest sponsors. The Neural Information Processing Society (NIPs) is also supporting the project.