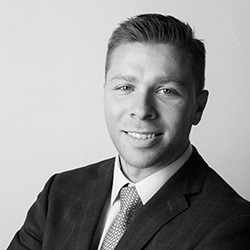 According to new research, a shocking 99 percent of deceased NFL players’ brains tested displayed evidence of chronic traumatic encephalopathy (CTE), a neurodegenerative disease found in individuals with repeated head trauma1. While many of these former athletes competed when the typical reaction to head trauma would be to “shake it off” and remain in the game, head injuries are still largely misunderstood, as noted by a concussion expert at NYIT College of Osteopathic Medicine (NYITCOM).

Many former NFL stars have promoted awareness for head injuries, including former New York Jets quarterback Joe Namath and retired Jets running back Curtis Martin, who noted that leaving the field for a concussion was unthinkable as recently as his retirement in 2006. However, as Zwibel warns, it’s not just football players that need to be concerned.

“Whether playing football, hockey, basketball, boxing, or another contract sport, any athlete who’s suffered a head injury is at an increased risk for neurodegenerative disease,” says Zwibel. “An injury to the head, may not be a concussion – it could be even more serious, so an evaluation by a physician is necessary before returning to play.”

When head injury occurs, a simple set of questions and exams to check mental status, speech, and physical reactions should be done immediately on the field, but athletes can also take steps to reduce damage prior to an injury. In preparation for the fall sports season, Zwibel advocates for pre-season baseline testing for all high school, college, and community league athletes. This assessment of balance and brain function before a head injury can help physicians and patients better understand the effects of a concussion and focus on targeted treatments for symptoms.

“Before an injury happens, we can screen for increased risk factors, such as ADHD or history of a previous concussion, and test for memory, processing speed, and reaction time,” says Zwibel. “Having this patient information on-hand is useful when an athlete later suffers a suspected concussion.”