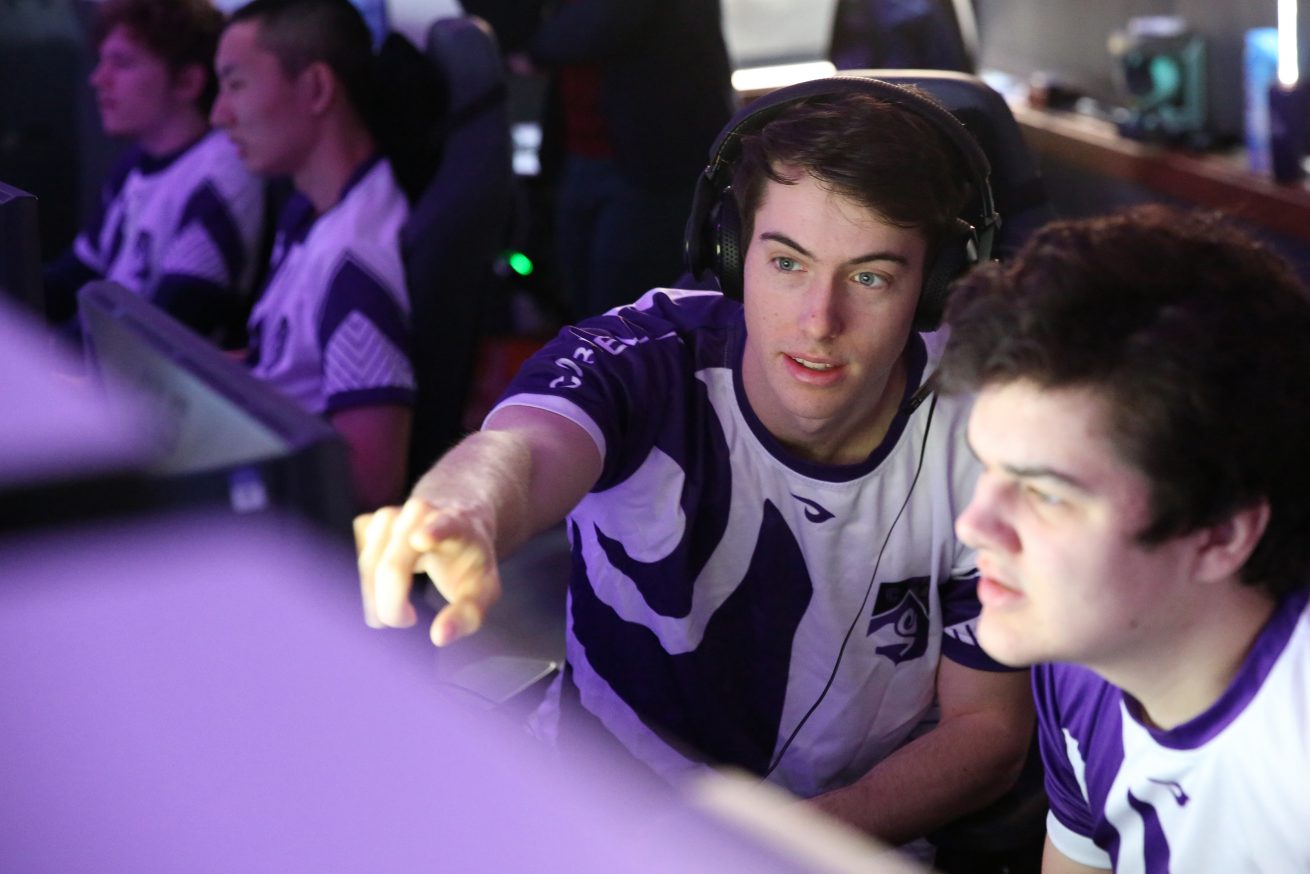 Head Esports Coach Mayson Sheehan held tryouts and has built a varsity team for League of Legends. The team will battle against other colleges in the Riot Scholastic Association of America (RSAA), which is organized by Riot Games–the developer of League of Legends.

First-year student Gavin Winters scored a spot on the new team and enjoys every minute spent with his teammates and perfecting his game.

“We’re in the north division and there are about 100 other teams in there,” Winters said. “Every Saturday we play another team that has the same record as us. If we win, that’s great, we move on, then we are a step closer to postseason. If we lose we reflect on what made us lose and we go again.”

The new season kicked off on Jan. 20, and the team practices four days a week. League of Legends Team Captain Jace Bricker said he hadn’t played for a while when the new varsity team started up at Cornell. The senior geology major has achieved a lot under Sheehan’s coaching.

“I improved a little bit on my own but got stuck at Gold 1,” Bricker said. “That’s an okay rank, it’s pretty average. But then I shot up to Platinum 2 a month later, which is a pretty quick amount of time to shoot up a whole division. That’s considered the top 8% in North America. So, with just simple tweaks and talking with Sheehan for no more than a couple minutes every practice, I was able to make some pretty big changes.”

“It feels like a return home for me,” Sheehan said. “While I dearly love Overwatch and coaching it, League of Legends is my true love in esports. So, I am very excited to have another good run in a different title. League of Legends is a much more established collegiate esport, however. So, the competition will be much more fierce. We began competition on Jan. 26 and play every Saturday until March 1, then playoffs will start.”

With the two Cornell College esports, the varsity rosters consist of 25 students, but many more students participate in the program. The student involvement per block ranges from 50–80 students.

“We have built a great community where students have made friends that they might not have otherwise made, and come together as teammates,” Sheehan said. “The social benefits of having organized, face-to-face play of something they were already doing is one of the largest benefits. Students are learning to communicate with one another better, and are also learning problem-solving skills that are really universal.”

Bricker agrees, saying he’s already used his gaming skills as he turns his attention to life after Cornell.

“It’s on my resume, and I’ve mentioned it at some interviews so far,” Bricker said. “I think it’s a testament to being a team player and I think that’s important in whatever work environment that I’d be stepping into.”

Sheehan is actively recruiting team members for the future of the program with the possibility of earning scholarships to play with the Cornell Esports Team.

Cornell College is a national liberal arts college established in 1853, located in Mount Vernon, Iowa. The historic, hilltop campus has a population of more than 1,000 students from all over the world. Our undergraduate students learn on a distinctive block plan schedule, taking One Course At A Time for 18 days before starting the next course. This curriculum allows them to fully immerse themselves in their chosen topic of study, including taking field trips to another country, diving into research, creating an art exhibit, or exploring issues in the local community. For more information visit CornellCollege.edu.

Back to School Education Gaming