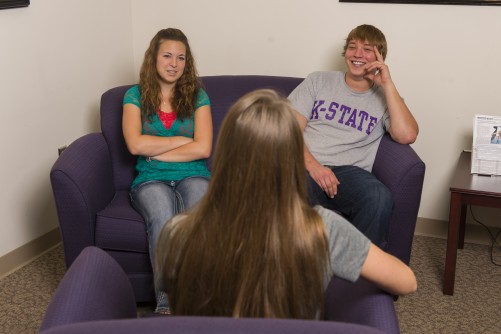 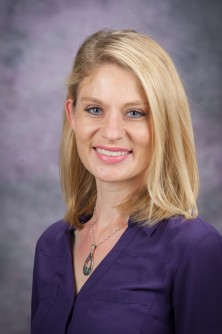 Newswise — MANHATTAN, KANSAS — A five-week curriculum to get couples talking about money is increasing couples' happiness and reducing stress, according to a Kansas State University financial planning researcher.

Sonya Lutter, associate professor of family studies and human services and certified financial planner, paired up with brightpeak financial to offer a curriculum to get couples talking about money. She measured how couples' physiological stress and happiness changed. Lutter said she anticipates publishing the research in 2018.

"We cover eight different things in five weeks, with the first being communication," Lutter said. "While it seems obvious that couples need to know how to communicate before addressing larger issues, without practice, it is hard to implement different ways of expressing thoughts and emotions than what has typically been used in everyday communication."

"The curriculum is designed for couples who are early in their relationship and is based on the top predictors of money conflict for couples, such as workaholism and household division of labor," Lutter said.

The curriculum uses many methods to make communication about money easier and decrease physiological stress. For one of the exercises, couples used play dough to sculpt out their first memories about money, which helped each person understand their partner's rapport with money.

"It is easier to focus on your hands and movement versus the words that come out of your mouth," Lutter said. "We are not usually very good with coming up with words to describe things, so having something tangible to grab on to is really good."

The curriculum also covered how physiological stress can stop couples from having important financial conversations.

"Stress influences the way we talk and something may accidentally come out of our mouths that we didn't mean to say," Lutter said. "So when people are physiologically stressed, they tend not to communicate."

To counter this, Lutter had the couples measure their skin temperature throughout the curriculum using a mood ringlike device. According to Lutter, individuals' skin temperatures decrease when they are stressed. If one person in the couple had a lower skin temperature, they paused the conversation and came back to it when everyone was more relaxed.

"We really encourage couples to be aware of how they are feeling during stressful conversations," Lutter said. "For every one negative, it takes five positives to make up for it, so the best strategy might be to take a break from the discussion until they are more relaxed."

The financial curriculum provides a list of stress reduction strategies like deep breathing and going for a walk, but it is most unique in its feelings-based approach to financial education, Lutter said. The curriculum covers the behavioral and practical aspects of financial security but also focuses on each person's values, emotions and culture associated with money. Lutter said that couples often don't discuss the latter three.

"A lot of personal financial education is teaching the behavioral and practical aspects of money," Lutter said. "The point was to get the couples talking and it was very valuable in that aspect. You could tell this was the first time some of them had told their partner something."

Of the 13 couples who were included in the study, two were same-sex couples. Lutter said that didn't change the dynamic of how couples handled finances. With most of the couples, there was one person who kept track of the finances and that person often entered into financial conversation with lower stress compared to their partner. As couples talked through their finances, the stress levels switched.

"It was really good for the partner who was less informed of the finances to have these conversations because it seems to reduce their stress to learn what is going on in the household," Lutter said. "For the other individual, I think it was more stressful for them to feel accountable because they had to explain their spreadsheet method."

Lutter said that overall, the average financial stress was reduced among the couples because they learned how to talk about stressful topics and they could carry on discussions at home. Lutter is working to distribute the curriculum nationally through brightpeak financial. 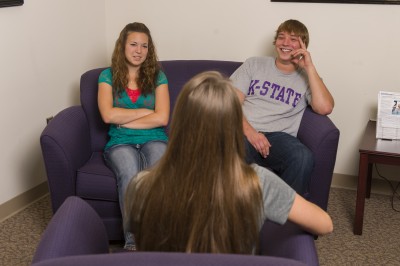 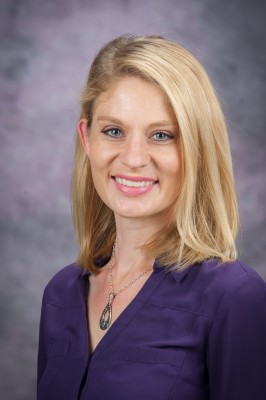