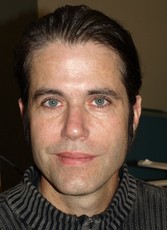 Newswise — Next time you have an unlucky encounter with a crab's pinchers, consider that the claw tips may be reinforced with bromine-rich biomaterial 1.5 times harder than acrylic glass and extremely fracture resistant, says a University of Oregon scientist.

Residents on the U.S. West Coast may have had close encounters with the biomaterial -- detailed by a seven-member team in a paper published online in advance of regular publication in the Journal of Structural Biology. The translucent substance empowers the claw tips of the striped (or lined) shore crab (Pachygrapsus cassipes) as the pinchers pick and hold prey. It also is present on the walking legs of Dungeness crabs (Cancer magister), a dining delicacy in the Pacific Northwest.

"The types of crabs that use this trick for their claw tips rely on the tips fitting together like forceps in order to pick and hold bits of food, and fracture damage could make the tips useless," said the study's lead author Robert Schofield, a researcher in the UO physics department. "These crabs include many common crabs such as hermit crabs, which have one large claw for crushing, and a small claw tipped with this newly discovered biomaterial for finer work."

The claws of the Dungeness crab, he noted, are designed for crushing instead of fine manipulations, and are not tipped with this material. But their legs are, he said.

"The next time you are eating a Dungeness crab, notice that the sharp tip of the leg is a cap of translucent material that is very different from the rest of the crab," he said. "Notice how difficult it is to break the tip, even though it is very thin. This biomaterial can bend six times further before breaking than the material used in other regions. If the tip were made of the same material as the rest of the crab, it could never stay sharp and the crab would have difficulty clinging."

This bromine-rich material at the tips of crab claws and legs is a new member of a class of structural biomaterials that employ heavy atoms like zinc, iodine and iron. "It's not yet clear why heavy elements are used," Schofield said. "Perhaps the mass of the atoms themselves plays a role in damping vibrations that can lead to fracture."

These heavy-element biomaterials had escaped notice until now because they are typically employed by small organisms such as insects. Schofield was lead author of a study published in 2001 that had identified their presence in mandibular teeth, tarsal claws, stings and other such tools of small organisms.

In order to measure the mechanical properties of these tiny structures, the researchers had to develop machines and techniques that would work for tiny samples.

"It turns out that fracture tends to be a bigger problem for small organisms than for large ones," Schofield said. "Humans are just starting to try to engineer tiny machines and tools, and we have a lot still to learn from organisms that have coped with being small for millions of years."

Co-authors with Schofield on the National Science Foundation-supported research were UO undergraduate student Jack C. Niedbala, Michael H. Nesson of Oregon State University, Ye Tao of the Chinese Academy of Sciences in Beijing, Jacob E. Stokes and Robert A. Scott of the University of Georgia, and Matthew J. Latimer of the Stanford Synchrotron Radiation Laboratory.