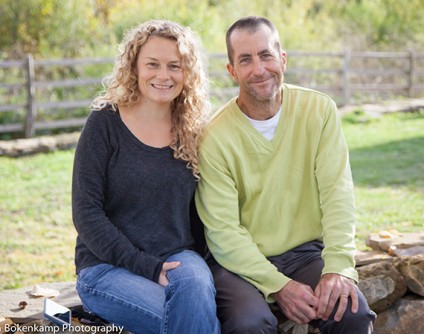 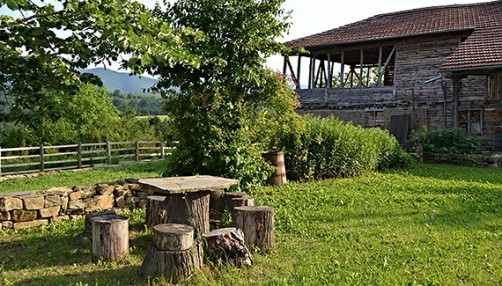 A tranquil setting outside the barn at Stone & Compass.

Newswise — In 2006, just after earning his bachelor’s degree in anthropology from California State University, Dominguez Hills (CSUDH), alumnus Robert Goodwin took out a map of the world and threw a dart at it, and it sunk in Bulgaria.

It was four years later that Goodwin followed the trajectory of that dart and traveled to Bulgaria on a two-week archaeological field excavation. While there, the idea to open an international field school in archaeology in the post-communist country took shape.

“I was sitting on a dirty floor in a little church working on frescoes. I then said to my partner, ‘You know what I’m going to do? I’m going to build a global center where people around the world can learn about Bulgaria and Eastern Europe, and each other,’” said Goodwin. “That was the start of it. I then went back to my career as a teacher. The idea sat in the back of my mind and developed slowly over time.”

Goodwin’s vision for the field school came more into view in 2015 when he and his wife, Julie Kiernan, purchased a home and 1,500 acres nestled in the lush and fertile countryside of Stolat, Bulgaria, which grew to 2,000 acres as they acquired more land. Their journey of finding the right property was featured on the HGTV television show “House Hunters International.”

The home once belonged to a former Bulgarian freedom fighter from the country’s pre-communist era. They refurbished the house, the barn, and the entire site in the traditional Bulgarian style.

In May 2016, the couple opened the doors to the Stone & Compass (S&C) Balkan Ecotourism and Cultural Retreat, a tranquil destination for travelers, artists, families, educators and students interested in the environment, cultural and “eco tours,” studying and helping local communities, or all of the above.

“We cater to each person and group individually. They can visit Bulgaria on their own and just hang out; go on completely developed excursions with field guides; or do nothing but relax and not be bothered,” said Goodwin, who serves as COO of S&C, while Kiernan serves as CEO. “Our overall goal is that everyone expands in some positive way; that they learn to understand others and discover that we are all very similar.”

Stone & Compass has been chosen as the representative project for the United Nations’ 2030 “Sustainable Development Goals” project, which features 17 goals to “improve the lives of people everywhere.”To help support S&C, Goodwin launched a business in 2014 that manages the large-scale estates and aspects of the “everyday lives of very wealthy individuals.” He has also worked as a teacher, and has opened a chain of restaurants in California. Kiernan serves as a professor of theatre and speech communication at Salem State University.

Most of their income, and all the profits from the retreat center, are used to expand S&C and fund projects that help non-governmental organizations around the world. Some of their current projects include supporting the Balkan Heritage Foundation in Bulgaria; Archaeon, a cultural preservation organization in Bosnia; a family-owned organic hazelnut farm in Serbia; and other projects in such countries as Mexico, Serbia, and Lebanon.

“Bulgaria is one of 13 global projects that we have going right now,” said Goodwin. “The connections we’ve made are critical, and the opportunity to help students, especially students from inner-city universities who may not be able to do international travel due to expense, is very important for us.”

Goodwin and Kiernan have integrated their deep interest in human history, cultural preservation, and social harmony into S&C’s programs and amenities, which has helped the retreat quickly grow into a global entity for education and cultural exchange, while serving as the international headquarters for all their projects.

“It was important that we owned the land, and planted ourselves clearly in the society so we were not seen as transient,” said Kiernan, who develops the programs, tours, and other amenities offered at the center, while Goodwin handles infrastructure and finances. “Some peace activism organizations trying to create change may go in to a community and rent a space through a grant, then try to make things work. But often, if it doesn’t work, they pull out of the community, which can make the community feel used, and not see much change. So it was really important for us to plant roots.”

S&C also hosts international forums, such as The Forum for Cities in Transition in October 2016 that included more than 100 delegates from around the world—including those from Palestine, Israel, and Syria. It focused on embracing cultural and ideological differences, and addressing the challenges the world faces today.

Along with forums, S&C offers a variety of educational opportunities for college-level educators and students to learn about the history and culture of Bulgaria through guided tours, and gain hands-on experience through local museums and foundations. S&C also offers 11-day, all-inclusive trips to students for just $1,100 to participate in for-credit programs, which are co-developed by their professors, and tailored to their studies.

In summer 2016, Paul Penoliar, a lecturer in the Occupational Therapy (OT) program at CSUDH, and his students stayed at S&C. They took tours around Bulgaria to learn about its culture and history. Penoliar and his graduate students will return to the S&C in spring 2017 to work in a home for the elderly. S&C is also working with other CSUDH faculty to develop more programs.

“We want to build programs that are affordable for students—quality programs that don’t break the bank. We run our programs just above the profit line, and then we take whatever profits we make and donate them to other entities, including scholarships so more students can come here,” said Goodwin, who addressed a class during CSUDH's 2016 Professor for a Day. “Helping students grow is among the top reasons we opened Stone & Compass. It is such a great experience for them. I always tell people that they will change during their trip in some positive way.” 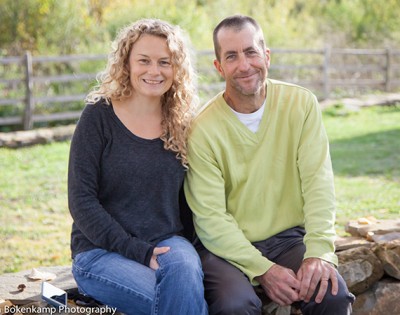 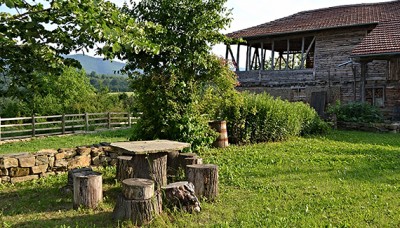 Caption: A tranquil setting outside the barn at Stone & Compass.