Sam Farr Urges Students No Challenge is Too Big, Not Even Building a University 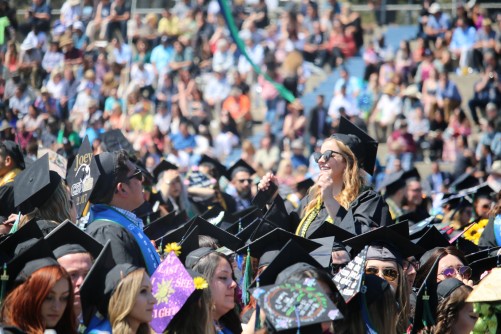 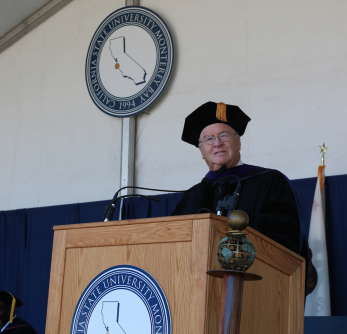 Sam Farr urged the class of 2017 "no challenge is too big to overcome."

Newswise — SEASIDE, Calif., May 20, 2017 – With a record number 2,083 candidates for graduation, CSUMB celebrated its 21st annual commencement ceremony Saturday May 20, 2017. Former Rep. Sam Farr brought a historical and nostalgic perspective to the ceremony with his keynote address at the university he was pivotal in establishing more than 20 years ago.

His message to graduates was clear. “Make today’s graduation ceremony the cornerstone of your new life. Take your can-do attitude and find things that are missing in society and build them. Find things that are broken in our society and fix them. You have the skills, the spirit, and the vision to make things better than they were when you started.”

Farr was awarded an honorary Doctorate of Law along with Andy Matsui who received and honorary Doctorate of Science degree. The Matsui Foundation has donated nearly $5 million in scholarships to students from Monterey County and has been pivotal in the development of the innovative CSin3 partnership program between CSUMB and Hartnell College.

“Recognizing Congressman Farr and Andy Matsui, who has helped so many students achieve their own educational dreams, with honorary degrees will add to the spirit of celebration that always makes commencement so special,” said CSUMB President, Eduardo M. Ochoa. “It is an honor to have them here with us to celebrate this special day with the class of 2017.”

For specific numbers about the ceremony or degrees conferred please visit our Commencement 2017 By the Numbers page. Photos from the event are available at the CSUMB Flickr Page. 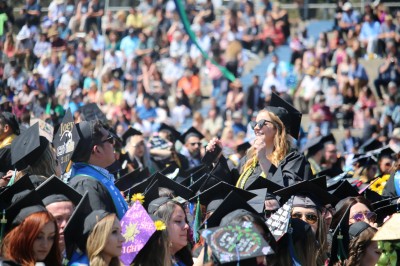 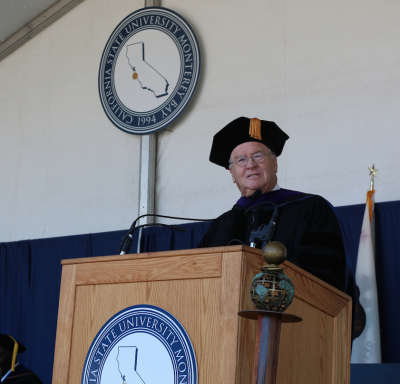 Caption: Sam Farr urged the class of 2017 "no challenge is too big to overcome."