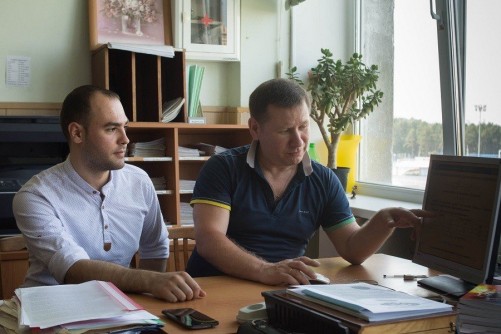 Newswise — Last year more than 100 thousand fires happened in Russia and thousands of people suffered as a result. It is possible to decrease a number of victims and a scale of financial damages if improve the process of fire fighting. SUSU scientists succeeded in it having improved the design of fire standpipe. Now the device will provide timely supply of water.

Peculiarities of a New Device

A patent for the utility model “Fire Standpipe with Movable Central (Front) Key” was obtained in 2017. Necessity in device improvement is connected with fire hydrant design defects which significantly slow down the process of fire standpipe installation. As a result its usage becomes impossible and a fire engine will not be able to connect to the water network. Fire will be suppressed only by water from the water tank what is enough just for several minutes as a rule. The new design is developed by the Candidate of Sciences (Engineering), Associate Professor of the Department of Life Safety, Georgy Polunin and a Master degree holder of the Polytechnic Institute Anton Grebenshchikov.

“When the first fire engine comes, water is supplied from its tank. The second fire engine connects to the water supply network, to ensure non-stop water feed. The water tank is empty already after the first 5 minutes, so to feed water from an external water source, a fire standpipe needs to be installed. It works together with a fire hydrant, which is located underground and is a device of the water supply network, which allows to feed water during fire fighting. In a fire standpipe of a standard design, the key that opens the hydrant valve is fixed. We have made it “movable”, now it has a space to move. This allows us to get access to water regardless of the hydrant’s underground position,” notes Georgy Polunin.

Modernisation of this device may be performed not only during its production, but also at fire stations since it does not require a complex production process. Meanwhile the reliability and efficiency of a fire standpipe during its operation will increase.

It Is Possible to Reduce the Number of Victims

An improved fire standpipe will be used for opening underground hydrants and connecting fire hoses for the purpose of water feed from water supply networks. The peculiarity of the new design is that it allows to reduce the preburn time. In other words, now, from the moment a fire brigade arrives at the fire scene and till the moment water from the water supply system is accessed less time passes. This means that the time of fire progression reduces, and the material damage from fire will be less severe. Moreover, a fire standpipe will anyway ensure permanent access to water.

“Here is how the device works: a fire standpipe is installed by screwing on a fire hydrant, after that the hydrant valve is opened by rotating the central (front) key counter-clockwise. The improved design allows to move the key along its axis, and water from a water supply network will enter the cavity of the fire standpipe. Once fire hoses are connected to the fire standpipe, cocks are opened, and water enters the hose line,” shares Anton Grebenshchikov.

Master degree holder Anton Grebenshchikov (on the left), Candidate of Sciences (Engineering), Associate Professor of the Department of Life Safety Georgy Polunin (on the right)

The new fire standpipe design was engineered jointly with a fire department staff. The device is already used in the city of Zlatoust. Other projects of the Department of Life Safety are also being fulfilled in this field. Thus, in 2018 one more utility model patent was obtained: a reinforced spring was installed in a fire standpipe which reduces the impact from hydraulic hammer and allows firefighters handle the water jet pressure. The importance of these innovations is that not only the scale of material damage depends on how quickly a fire is extinguished. Improvement of every element involved in fire fighting will allow to reduce the number of fire caused fatal casualties and victims.