Daycare Has Many Benefits for Children, but Researchers Find Mysterious Link with Overweight 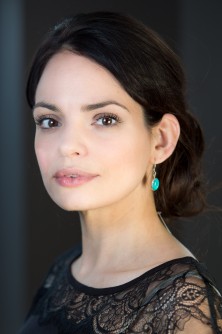 Newswise — Young children who attend daycare on a regular basis are 50% more likely to be overweight compared to those who stayed at home with their parents, according to a study by researchers at the University of Montreal and the CHU Sainte-Justine Hospital Research Centre. "We found that children whose primary care arrangement between 1.5 and 4 years was in daycare-center or with an extended family member were around 50% more likely to be overweight or obese between the ages of 4-10 years compared to those cared for at home by their parents,” said Dr. Marie-Claude Geoffroy, who led the study. “This difference cannot be explained by known risk factors such as socioeconomic status of the parents, breastfeeding, body mass index of the mother, or employment status of the mother.”

The researchers studied 1,649 families with children born in 1997-1998 in Québec. The sample was representative of the majority of Québec children. Mothers were interviewed about the care of their children at 1.5 years, 2.5 years, 3.5 years, and 4 years. The children were classified according to the type of care in which they had spent the most total hours, i.e., in a ‘daycare centre’ (30%), in ‘family daycare’ (35%), with an ‘extended family member’ (11%), with a ‘nanny' (5%), or with their 'parents' (19%). During the six years that followed, the researchers measured the children’s weight and height. Children with excessive weight or obesity were identified using international standards (IOTF).

To date, the mechanisms responsible for the increased proportion of overweight children in some child care situations remains unknown. "Diet and physical activity are avenues to follow,” says Dr. Sylvana Côté, who co-directed the study. “Parents don’t have to worry; however, I suggest to parents they ensure their children eat well and get enough physical activity, whether at home or at daycare.”

The researchers believe that daycare has the potential to reduce weight problems in children, possibly through the promotion of physical activity and healthy eating. “The enormous potential of the impact of daycare on the nutritional health of children 2-5 years of age was also noted by the Extenso unit of the University of Montreal Nutrition Reference Centre, which has developed a Web portal specifically devoted to children in daycare,” said Dr. Jean Séguin, who also co-directed this study.

About the studyThe study was published in the Journal of Pediatrics and was supported in part by the Fonds de recherche du Québec - Santé, the Institut de la statistique du Québec, and the Social Sciences and Humanities Research Council of Canada. Researchers from University College London, INSERM, Université Laval, Université Paris-Sud, the University of Ottawa, and University College Dublin contributed to the study. Dr. Geoffroy is financially supported by the Canadian Institutes of Health Research. The University of Montreal is officially known as Université de Montréal.

About the researchersDr. Marie-Claude Geoffroy was a researcher affiliated with the Université de Montréal at the time of conducting the study and is now Honorary Research Associate at the Institute of Child Health, University College London.

Dr. Jean Séguin is a professor in the Department of Psychiatry at the Université de Montréal and researcher at the Centre de recherche du CHU Sainte-Justine.

Dr. Sylvana Côté is an associate professor in the Department of Social and Preventive Medicine at the Université de Montréal and researcher at the Centre de recherche du CHU Sainte-Justine.