Deans for Colleges of Business, Engineering and Associate Provost for Urban Research and Community Engagement Named

6-May-2020 10:35 AM EDT, by University of North Carolina at Charlotte
favorite_border

Newswise — CHARLOTTE, N.C. – May 6, 2020 - UNC Charlotte announces new leadership for three academic areas--business, engineering, and urban research and community engagement--pivotal to the University’s mission to serve the greater Charlotte region and beyond. All three leaders will report to Joan Lorden, provost and vice chancellor for Academic Affairs.

"We sought innovative, accomplished leaders who are gifted in building nationally recognized programs and research, developing strong internal and external partnerships and possessing a deep commitment to student success,” said Lorden. “Following a national search, we believe these three leaders embody the right qualities to further UNC Charlotte's mission as we enter the next chapter in the University's story."

About Jennifer Troyer, dean of the Belk College of Business
Troyer has served UNC Charlotte for 20 years, most recently as interim dean of Belk College.

Prior to becoming interim dean of the Belk College, Troyer served in the same role for UNC Charlotte’s College of Health and Human Services. Previously, she held several administrative roles within the Belk College, including senior associate dean, associate dean for research and graduate programs, and chair of the Department of Economics. As associate dean, she was instrumental in the creation of three new graduate certificates and the Master of Science in Management program. She also helped launch the first Doctorate in Business Administration (DBA) program in the Carolinas.

Troyer holds a master’s degree and Ph.D. in Economics from Florida State University. She also holds a Bachelor of Science in Business Administration from the University of Memphis. She has conducted policy-relevant research on the quality of U.S. nursing homes, the cost-effectiveness of medical interventions and strategic behavior in the pharmaceutical industry. Her research has earned several awards and has been funded by the National Institutes of Health.

Read more about the Belk College of Business.

About Robert Keynton, dean of The William States Lee College of Engineering
Keynton led the creation of the Speed School of Engineering Bioengineering Department and its associated curriculum at the University of Louisville and was successful in realizing the vision to achieve national recognition of the bioengineering program by being named a Wallace H. Coulter Foundation Translational Partner. Keynton’s area of expertise is development of biomedical micro-electromechanical systems (BioMEMS) and cardiovascular mechanics, the development of micro Total Analysis Systems (uTAS), experimental and computational microfluidics, acoustic transducer design and fabrication, and experimental fluid mechanics. Author of over 100 published works, he has applied his research in areas as diverse as diabetic retinopathy, detection of autism and diagnosis of lung cancer. Keynton holds 15 patents for his discoveries.

Read more about The William States Lee College of Engineering.

White previously served as vice president for university engagement and as chief diversity officer at Cleveland State University, vice chancellor for economic advancement at the Ohio Department of Higher Education, and associate vice president for community engagement at Xavier University, following a career at the Chicago Tribune. He received a B.S. in journalism from Ohio University, an M.A. in social science from University of Chicago and an Ed.D. in higher education management from the University of Pennsylvania. He led the successful applications for the Carnegie Community Engagement Classification at both Cleveland State University and Xavier University by facilitating the co-design of strategies to demonstrate alignment of curriculum and research with the changing demands of an urban workforce and civic needs. He also co-developed programs to support engaged scholarship through grants for community-engaged research, training by industry experts and community recognition. 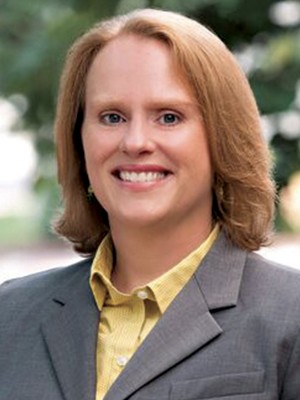 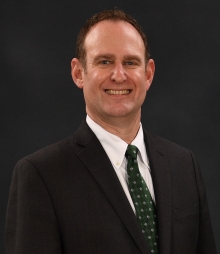