Device to Measure Wind on Mars Will Soon be Landing 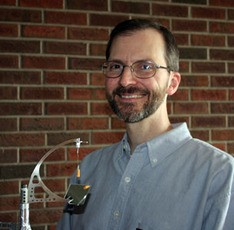 Newswise — University of Alberta scientist Carlos Lange is still amazed that an instrument he dreamed up, a wind sensor called the Telltale, will soon be landing on Mars.

This is the first time Canadians have been involved with an interplanetary mission and Lange, a mechanical engineering professor, spent four years in preparation for this mission, including helping to create the Telltale, which is able to measure winds in the polar region of Mars. Mars is typically windy and learning more about this aspect of the planet's climate will help scientists understand the cycle of water on the planet and identify possible zones that could sustain life.

"For all of us, this interplanetary Lander mission is an extraordinary experience," said Lange.

Lange is available to comment on the mission Monday May 26.

The concept of the Telltale was created at the U of A and the instrument was constructed in Denmark. The device is a small piece of the Phoenix Mars Lander spacecraft that will be landing on Mars on Sunday, May 25. The lander, a joint mission between NASA, the University of Arizona and the Canadian Space Agency, launched from Florida on August 4, 2007.

Once the craft lands, Lange says they must first spend time seeing how well the instruments survived the landing. Lange leaves in June for Arizona, where he will be spending part of the summer at the Science Operation Centre doing research and analysis.