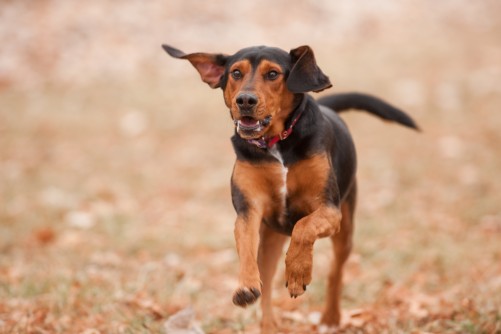 Newswise — MANHATTAN -- The Kansas State Veterinary Diagnostic Laboratory is active in the fight against a widespread canine infectious disease that also can spread to humans.

The diagnostic laboratory is offering a rapid, accurate serology test for canine brucellosis and is currently one of only a few laboratories nationwide to offer the test. Now researchers, veterinarians and pet owners throughout the state and the region can send testing samples and receive accurate results within 24 to 48 business hours.

Canine brucellosis is an infectious disease that affects male and female dogs' abilities to reproduce. While it is classified as a sexually transmitted disease, it also can spread among dogs by licking. It is not a fatal disease, but it is common in Kansas and throughout the nation. The disease is especially a concern among breeding kennels, show dogs and racing greyhounds, said William Fortney, director of small animal outreach at the Kansas State Veterinary Diagnostic Laboratory and assistant professor of diagnostic medicine and pathobiology.

"Because it is an infectious disease, we are always concerned about the spread between animals," Fortney said. "We want to make people aware of the disease and how easy it is to prevent. Once they have made the decision that they want to test their dog, either because the animal has possible symptoms or they want to prevent the spread of the disease, then sending the sample to Kansas State University is beneficial because we can quickly get them the results."

"The real advantage is that we can offer the test locally instead of sending it out to another lab, which usually adds on time -- and there are certain situations where time is important," he said.

The serology test is beneficial because it can help pet owners obtain quick lab results during a critical time, such as when male and female dogs are ready to breed. To prevent the spread of the disease it is important that pet owners and breeders check both the males and females for brucellosis, Fortney said.

Pet owners also may need a timely result if they plan to leave the country -- whether moving or vacationing -- and want to bring their dog. Certain countries, such as Australia, require a brucellosis test before the dog can enter the country.

A challenge in preventing the spread of canine brucellosis is that dogs rarely have clinical symptoms of it, so it can be difficult for pet owners to identify if their dog has the infectious disease. If male dogs exhibit symptoms, they may be infertile and have inflamed prostates or testicular swelling. Female dogs rarely show clinical symptoms and the owner may only know something is wrong if the female dog is infertile or miscarries.

"Canine brucellosis can be difficult to diagnose, and that is what the test is all about," Fortney said. "We want to not only diagnose what the patient may have currently, but it is even more critical to test the animals before they breed so that they don't spread the infection. Because once a dog has brucellosis, it is probably going to have brucellosis for the rest of its life."

"In fact, many people have probably had canine brucellosis and the diagnosis was never made," Fortney said. "If there is any suspicion that a person might have canine brucellosis, it is best that they talk with their physician."

If pet owners suspect their dog has canine brucellosis, they should talk with their veterinarian, Fortney said.

To send samples for testing, pet owners are encouraged to work with their veterinarians, who can send samples to Kansas State Veterinary Diagnostic Laboratory, 1800 Denison Ave., Manhattan, KS 66506. These samples should be shipped in the same manner as all other diagnostic specimens. For more information, contact the laboratory at 866-512-5650 or visit http://www.ksvdl.org.

Read more about the research at http://www.k-state.edu/media/newsreleases/aug13/canine81413.html