Does This Steak Go with My Shoes? Consumer Demand for Convenience Reshaping Grocery Retail Sector 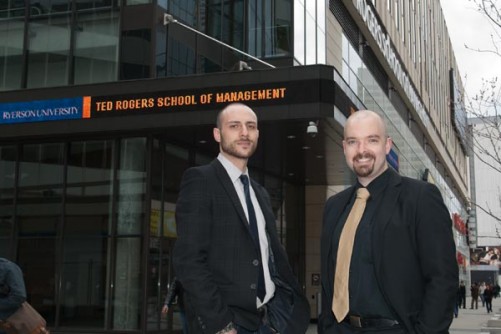 Newswise — TORONTO, Tuesday, April 26, 2011 --- Want to pick up some steak for dinner along with a cute pair of shoes and a new flat-screen TV? Growing consumer demand for convenience is the driving force behind changes to the grocery retailing sector over the past decade, according to a new report by researchers at the Ryerson University Centre for the Study of Commercial Activity (CSCA).

“People want to have the option of buying their groceries in the same places where they are purchasing clothing or electronics,” said Christopher Daniel, lead author of Emerging Trends in Grocery Retailing, recently published by the Ryerson CSCA. “This is a growing trend as more non-grocery retailers are offering convenience food products in their stores.”

Co-authored by Joe Aversa, a GIS analyst at the Ryerson CSCA, and the centre’s director, Tony Hernandez, the report examines key trends in the grocery industry over the past 20 years, the major players and the size of the market.

The report found that the industry is becoming fragmented into four main types of grocery retailers:

The researchers also found that over the years, mergers and acquisitions have helped to build Canada’s grocery retailers into large conglomerates. Loblaw Companies Limited, Metro Inc. and Sobeys Inc. now control 60 per cent of the Canadian grocery retail pie. The grocery sector also accounts for nearly 40 per cent of non-automotive retail sales in Canada.

In 2009, large format supercentres such as Costco and Wal-Mart also generated approximately $8 billion in grocery sales in Canada, which accounted for approximately seven per cent of the country’s total grocery retail sales. The researchers predict that their market share will continue to rise over the next decade as the number of supercentre stores increases.

Looking to the future, researchers at the Ryerson Centre for the Study of Commercial Activity foresee an increase in mixed-use locations where grocery retail developments will be combined with condos, office buildings, and even other retailers in multi-level developments.

“Traditional grocery retailers have had success in convenience and neighborhood level shopping centres while power centres seem to be favored by supercentre formats,” said Aversa. “In the future, grocery retailers will have to find innovative ways, such as being in mixed-use locations, to reach their customers in increasingly dense urban environments.”

Ryerson University is Canada’s leader in innovative, career-oriented education and a university clearly on the move. With a mission to serve societal need, and a long-standing commitment to engaging its community, Ryerson offers more than 100 undergraduate and graduate programs. Distinctly urban, culturally diverse and inclusive, the university is home to 28,000 students, including 2,000 master’s and PhD students, nearly 2,700 tenured and tenure-track faculty and staff, and more than 130,000 alumni worldwide. Research at Ryerson is on a trajectory of success and growth: externally funded research has doubled in the past four years. The G. Raymond Chang School of Continuing Education is Canada's leading provider of university-based adult education. For more information, visit www.ryerson.ca

Centre for the Study of Commercial Activity