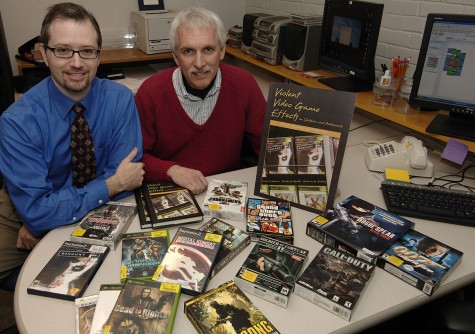 by Douglas Gentile and Craig Anderson**

Newswise — The Supreme Court ruled Monday against a California law requiring stores to get parent approval before selling violent video games to children. This is a victory for free speech in that children are afforded the freedom to buy any games without requiring their parents to know what they have purchased.

Yet we can imagine that many parents may misunderstand this ruling as suggesting that there is no evidence that video games can have effects on children. It is important to recognize that this ruling is based on constitutional grounds and is only peripherally related to the scientific evidence.

We have been studying the effects of video games on children, adolescents and adults around the globe for over 30 years. Our studies, and studies by scientists around the world, were used by the Court during their deliberations. We have studied both the positive and negative effects that games, and other entertainment media, can have. There are now more than a hundred studies of different types of games, and much is known -- particularly that video games are excellent teachers.

This shouldn’t surprise anyone. Your grandmother was a great neuroscientist when she said, “Practice makes perfect.” People, including children, become better, faster and more proficient at whatever they practice. This is just one reason why games are such good teachers. Children like to play them repeatedly. Imagine how good their music skills would become if they put an equal amount of time into practicing their instrument.

Researchers differ about how large an effect violent games have, and how seriously to take it. But scientists love to disagree about these types of things. One of the best types of studies to resolve these arguments is called a meta-analysis, which is a study of studies. The most comprehensive meta-analysis of violent video games -- including more than 130 studies of more than 130,000 people -- found consistent evidence that violent games increase desensitization, aggressive thoughts, feelings, physiology, and behaviors, and decrease helpful behaviors. Even the few scientists who claim there is nothing to worry about find very similar results in their small-scale meta-analyses.

As scientists, we felt compelled to help the Court understand the science. That is why we submitted our research and professional opinions in an amicus curiae brief for this case. Nonetheless, we understood that many other factors are relevant to this case beyond research, such as legal precedent, constitutional issues and political factors. This is why we restricted our opinions to the scientific research. We are not surprised that the law was struck down, as we believe that our society should be very careful about limiting First Amendment protections.

What we are surprised about is how much time and energy we as a country keep spending on restricting access to games. This does not seem like a good use of resources. We have ignored other opportunities that are likely to be more fruitful, such as improving the media ratings to be more reliable and valid, and improving public education about why parents should use them. Although there are substantial problems with the existing media ratings, the research also shows that when parents use ratings regularly to help choose what games children may buy/play, they can be a powerful protective factor for children. Perhaps it is time to stop focusing on access restriction, and instead begin focusing on tools that could help parents make good choices concerning their children's media diet.

**Douglas A. Gentile, Ph.D., is an associate professor of child psychology and Craig A. Anderson, Ph.D., is a distinguished professor of psychology, both at Iowa State University in Ames, Iowa. They are authors of the book, "Violent Video Game Effects on Children and Adolescents" (Oxford University Press, 2007).