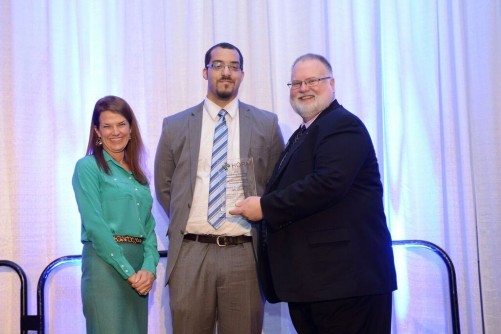 Mr. Gormley is currently a Pharmacy Automation Specialist at The Johns Hopkins Hospital in Baltimore, MD. Since starting at Hopkins, he has also served as Pharmacy Inventory Specialist for the Pediatric Pharmacy.

In his nomination, Mr. Gormley is described as, “A servant leader who seeks to improve patient and pharmacy staff safety through implementation and utilization of robotics. A friend to all who meet him.”

In his current role, Mr. Gormley has been responsible for planning, implementing, and operating the two chemotherapy-compounding robots. Edward is also furthering his leadership development by completing a Masters in Healthcare Administration.

He graduated from University of Maryland, College Park, where he earned his B.S. in Psychology.