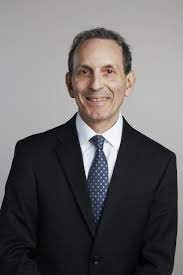 Drucker’s research has contributed greatly to the understanding and treatment of diabetes over the past 25 years. He discovered new mechanisms of hormone action enabling the development of drugs for patients with type 2 diabetes that simplify treatment and reduce the risk of hypoglycemia, which are dangerous episodes of low blood sugar. Some of these agents have recently been shown to reduce many cardiovascular complications of diabetes. He also discovered the actions of GLP-2 and developed the only therapy for patients with chronic short bowel syndrome, a rare and challenging condition that can lead to severe malnutrition and death.

Drucker will receive the Baxter Prize at the Society's annual meeting ENDO 2020, the largest gathering in the world of endocrinologists and professionals working in hormone health. The $50,000 prize is awarded biennially to recognize scientists or healthcare practitioners who have demonstrated entrepreneurship by leveraging endocrine research to improve patient care. This is the second time the Society has awarded the Baxter Prize.

“Dan Drucker’s seminal work has profoundly shaped the current landscape of diabetes therapies, which are now impacting the lives of millions of patients with diabetes. Second, effective treatment for short-gut syndrome has improved the lives of thousands of patients with this condition” said Endocrine Society President E. Dale Abel, M.D., Ph.D., of the University of Iowa, Carver College of Medicine, Iowa City, Iowa. “It is important to not underestimate the impact of his pioneering work that has led to the development of two whole new classes of diabetes therapies that have improved the quality of patients’ lives, reduced side effects and some of which importantly have been shown to prevent major cardiovascular complications such as heart attacks and strokes. We are thrilled to honor his numerous achievements.”

Drucker is currently a professor of medicine at the Lunenfeld Tanenbaum Research Institute of Mt. Sinai Hospital and the University of Toronto in Toronto, Canada. Drucker’s laboratory studies the molecular biology and physiology of gut hormones, with a focus on the glucagon-like peptides. Drucker’s scientific studies have identified multiple novel mechanisms of hormone action, enabling the development of new drug classes for diabetes, obesity and intestinal failure.

A Fellow of the Royal Society, London, Drucker’s discoveries have been recognized by numerous scientific and medical societies. He has been honored with the Endocrine Society’s Clinical Investigator Award, the American Diabetes Association’s Banting Award, the Claude Bernard Award from the European Foundation for the Study of Diabetes, the Manpei Suzuki International Prize, the Rolf Luft Award from the Karolinska Institute, and the Harrington Prize for Innovation in Medicine. He is the Editor-in-Chief of the peer-reviewed journal Endocrine Reviews.

“I’m honored to be recognized by the Endocrine Society, and my success wouldn’t have been possible without the support of my mentors and teammates,” Drucker said. “I became an entrepreneur because of my passion for endocrine discovery and the potential to save lives by developing novel therapies. I am grateful for the prize, which will support my ongoing work and young investigators just setting out on the path of translational research.”

The Baxter Prize was established in memory of Endocrine Society Past President John D. Baxter, M.D., who was a world-renowned scientist known for being the first to clone the human growth hormone gene. During his career, he made many fundamental medical discoveries and translated them into clinical therapies that had far-reaching implications in the fields of biotechnology and genetic engineering, benefiting the health and welfare of patients worldwide. He passed away in 2011. The Baxter family endowed the prize in his memory. ENDO 2020 is taking place from March 28-31. More information on the meeting is available at https://www.endocrine.org/endo2020.

Endocrinologists are at the core of solving the most pressing health problems of our time, from diabetes and obesity to infertility, bone health, and hormone-related cancers. The Endocrine Society is the world’s oldest and largest organization of scientists devoted to hormone research and physicians who care for people with hormone-related conditions.

The Society has more than 18,000 members, including scientists, physicians, educators, nurses and students in 122 countries. To learn more about the Society and the field of endocrinology, visit our site at www.endocrine.org. Follow us on Twitter at @TheEndoSociety and @EndoMedia.