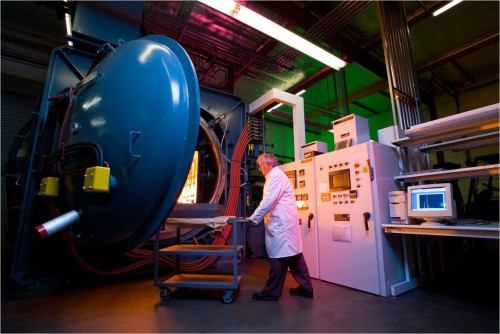 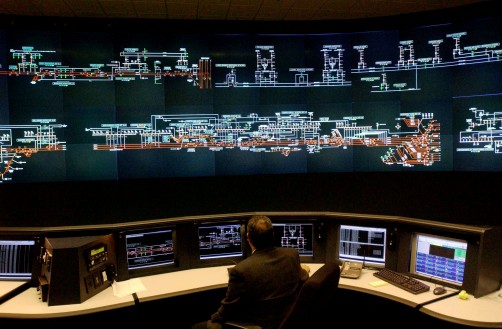 The New Jersey Transit Rail Operations Center will benefit from the planned NJ TRANSITGRID, a first-of-its-kind electric microgrid for transportation that can supply highly reliable power during storms or other times when the centralized power grid is compromised. New Jersey Transit is working on the project with Sandia National Laboratories, which won a Federal Laboratory Consortium national award for the economic development partnership.

The Technology Transfer award honors employees of FLC member laboratories and non-laboratory staff who accomplished outstanding work while transferring federally developed technology. The Economic Development award recognizes successful partnerships between state or local groups and federal laboratories that benefit the economy. Judging of the nominations is done by a panel of experts from industry, state and local government, academia and the federal laboratory system.

“Sandia is honored to be recognized by our peers for our work in technology transfer,” said Jackie Kerby Moore, Sandia’s manager of Technology and Economic Development and the labs’ representative to the FLC. “These awards are meaningful because they show Sandia at its best, working with groundbreaking technology to solve problems of a national scale and create economic competitiveness for U.S. businesses.”

The micro-channel heat exchanger (MCHE) is a technology that makes power generation, refrigeration, heating and gas processing more efficient. In power generation, even small increases in heat transfer efficiency can greatly boost production and cut the cost of electricity.

Demand for industrial MCHEs has outstripped supply. Until recently, just one company — based outside the U.S. — has done large-scale production of industrial MCHEs. A domestic supplier could reduce costs and increase supply and energy efficiency in a variety of uses.

Sandia partnered in 2014 with U.S. manufacturer Vacuum Process Engineering (VPE) through a Cooperative Research and Development Agreement (CRADA) to commercialize the technology. Sandia licensed SEARCH to the Sacramento, California, company, which has used it to reach international quality standards, including ASME Boiler and Pressure Vessel Code certification, and enter the MCHE market as a domestic original equipment manufacturer. VPE produces MCHEs in the U.S. and sells them domestically and internationally.

“Sandia implemented a fast-paced project plan while constantly adapting to changing market forces faced by VPE,” said Matt Carlson, Sandia’s principal investigator on SEARCH. “The project has expanded from a CRADA into a joint program between Sandia, VPE and the Department of Energy to combine VPE’s commercial goals and DOE’s advanced power-production goals. The expansion has resulted in multiple improvements to the SEARCH software allowing VPE to respond quickly to customer requests.”

He said the teams at both Sandia and VPE "were essential to making this happen, and the FLC award shows we are committed to creating real and immediate value for our partners."

Following a series of storms that shut down transit systems and damaged property that culminated in the Superstorm Sandy in 2012, New Jersey Transit Corp. (NJT) sought ways to reduce its vulnerability to power outages caused by natural or manmade disasters. In 2013, NJT signed a Memorandum of Understanding (MOU) to work for a solution with Sandia, the Department of Energy (DOE) and the New Jersey Board of Public Utilities. Sandia was brought in due to its microgrid research and development work for more than 20 U.S. military bases.

NJT’s rail service operates between the job centers of New York and New Jersey, and is the largest statewide public transit system in the country, covering a service area of 5,325 square miles and serving almost 900,000 passengers daily.

Sandia’s partnership with NJT focused on the Energy Surety Microgrid (ESM) developed at Sandia about 15 years ago. The labs did a feasibility study under the MOU and, after an initial design was completed, New Jersey was awarded $410 million from the Department of Transportation to develop NJ TRANSITGRID, a first-of-its-kind electric microgrid for transportation that can supply highly reliable power during storms or other times when the centralized power grid is compromised.

With DOT funding in place, Sandia began working with NJT on a CRADA valued at more than $1 million to develop the TRANSITGRID. The proposed system would include a central natural gas power plant and transmission lines to power substations that electrify tracks and operating controls on portions of the NJT and Amtrak systems. The facility would operate 24/7 and incorporate distributed energy, renewable energy and other technologies to provide resilient power to key NJT stations, maintenance facilities, bus garages and other buildings.

“This innovative partnership between Sandia and NJT will lead to the first critical civilian application of a design methodology developed for military installations and will help identify and address challenges to the widespread deployment of microgrids, including regulatory compliance,” said electrical engineer Robert Broderick, Sandia’s principal investigator on the project.

When completed, NJ TRANSITGRID will be one of the largest microgrids by capacity and geographical footprint in the U.S. and a model to guide applications of resilient microgrids to other critical infrastructure.

“The NJ TRANSITGRID project is a large-scale microgrid specifically designed to improve resilience of critical infrastructure, rail transportation service in this case,” said Sandia’s Abraham Ellis, previous principal investigator on the project. “Sandia successfully applied microgrid design methods and tools that were developed as part of DOE and Department of Defense programs, primarily for military and high security infrastructure. In many ways, the project is even more challenging because it involves multiple states, jurisdictions, agencies and complex legal issues.”

The FLC is a nationwide network of about 300 members that provides a forum to develop strategies and opportunities for linking laboratory mission technologies and expertise with the marketplace. The awards program annually recognizes federal laboratories and their industry partners for outstanding technology transfer efforts and has become one of the most prestigious honors in technology transfer. Since its establishment in 1984, the FLC has presented awards to more than 200 federal laboratories.

“SEARCH and New Jersey Transit are great examples of how Sandia’s scientific research translates into products that benefit the public, and at the same time enable our missions,” said Mary Monson, senior manager of Industry Partnerships at Sandia. “These partnerships are important to Sandia’s contributions in energy security, reliability and efficiency. We look forward to engaging with additional partners to make these and other innovations more widely available.”