22-Jan-2013 8:00 AM EST, by University of Massachusetts Amherst
favorite_border 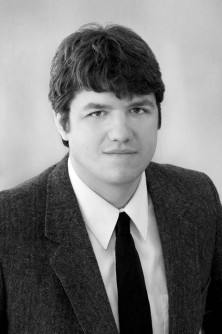 Newswise — AMHERST, Mass. – Paul J. Dauenhauer, a chemical engineer at the University of Massachusetts Amherst, has received a five-year, $400,000 grant from the National Science Foundation’s CAREER program to conduct basic research on the chemical reactions that create biofuel from organic matter such as wood.

The funding will allow Dauenhauer and his research team to study in great detail the complex chemical reactions that take place when an ultra-thin sheet of cellulose is quickly heated to 500 degrees Celsius inside a biofuel reactor. Dauenhauer says scientists know that cellulose, the basic component of wood and other non-food plants, breaks down in a rapid and complex series of reactions that last about 1/10th of a second under these conditions. And they know some of those reactions are very efficient at producing bio-oil and other useful chemicals.

What we don’t know, he says, is exactly when, or under what conditions in this complex chemical breakdown, the most biofuel is created.

To try to answer these basic questions, Dauenhauer and his team are developing the ability to measure the chemical breakdown of the cellulose in very small time increments using sophisticated computer sensing. The process, known as pulsed film pyrolysis, lets the engineers heat and then rapidly cool the cellulose for different, but very tiny slices of time, and should reveal exactly what chemicals are being created in every split second.

“Every reaction has a speed,” Dauenhauer says. “We’re looking to break this process down into a series of split-seconds to see exactly what is happening during each one of them.” He says it may take years to map all the chemical reactions, but once that is done, scientists will have a very clear idea of the most efficient way to create biofuel.

Dauenhauer says one of the keys to this research is the ability to break down the cellulose using pyrolysis, the rapid heating of the material without oxygen. His team is developing the ability to first heat and then cool the cellulose for measurable microseconds and then analyze the chemical reactions it produces.

He also notes that this type of specific knowledge of the chemical reactions is known for fossil fuels, and that is why the oil and chemical industries can produce different fuels on an industrial scale.

Dauenhauer says, “This technique will be used to measure the rates of formation of key products such as anhydrosugars, pyrans, furans, and light oxygenates and will allow for a much clearer understanding of the mechanisms of cellulose pyrolysis. We hope to set the foundations for molecular-scale understanding of biomass pyrolysis, leading to development of optimized reactors with improved economic potential that can lead to progress towards energy independence.”

For more information, go to: www.ecs.umass.edu/~dauenhauer/