Expert in Jakarta and Singapore to Discuss Bombings 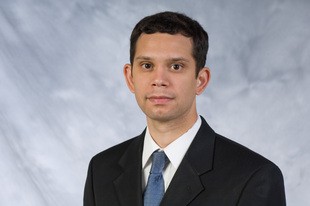 Justin Hastings, assistant professor in the Sam Nunn School of International Affairs at Georgia Tech is in Jakarta and later Singapore and available to discuss Friday's bomb attacks. Hasting's expertise is in terrorism, rogue states, nuclear armament and Southeast Asia.

Newswise — Georgia Tech has an expert on terrorism currently in Jakarta - Justin Hastings, assistant professor at the Sam Nunn School of International Affairs at Georgia Tech. He will travel to Singapore late Friday. He is available to discuss the recent bombings in Jakarta, as well as other Asian security issues. To talk with Hastings contact David Terraso at the above coordinates.

Hastings is an expert on rogue states and security issues in Asia, including nuclear weapons doctrine, counter-proliferation issues and state involvement with criminal activities. He is also an expert on non-military actors in military conflict, such as terrorist and insurgent groups, smugglers and pirates.

Hastings has conducted field research in China and Southeast Asia. He has previously worked for the U.S. Department of Defense, the Lawrence Livermore National Laboratory and the Institute for Defense Analyses. He has also been affiliated with the Institute of Defence and Strategic Studies in Singapore and was a Public Policy and Nuclear Threats Fellow at the University of California's Institute on Global Conflict and Cooperation.

Here's a sample of what he has to say:

"The explosions in Jakarta on Friday morning targeted top-end hotels frequented by westerners, including the JW Marriott Hotel, which was attacked in 2003 by an informal faction of Jemaah Islamiyah led by Noordin Top. Given the repeat attack on the same location, it is certainly possible that Noordin Top's faction is responsible, but other groups in Indonesia, such as various elements of Darul Islam, are certainly capable of it. It would not be surprising if the actual bombing network turns out to be composed of people drawn from various organizations brought together by ideology, kinship and/or training ties. If Noordin Top was involved, it is likely he found a new bomb maker, since his specialty is in recruitment and motivation, not bombmaking, as some reports claim.

"The checkpoints at hotels and malls in Jakarta are security theater to an even greater extent than the largely useless TSA in the United States. Guards routinely allow people through who have set off the metal detector, do not pat down anyone (thus allowing suicide vests through), give cursory checks of only one compartment in bags, and do not give any indication that they know what to look for when using the X-ray machines.

"With enough surveillance and attention to detail, terrorists could easily get through the security, assuming they even bothered to come through the entrance, and did not simply smuggle people or bombs in by bribing or otherwise compromising hotel employees. Attacking hotels that do have such elaborate security set-ups is a good way to demonstrate that the terrorists are evolving tactically. This stands in opposition to the 2004 attack on the Australian embassy nearby, where Noordin's faction placed a car bomb outside the gates without penetrating the complex, and hoped that the size of the explosion would kill a large number of people."