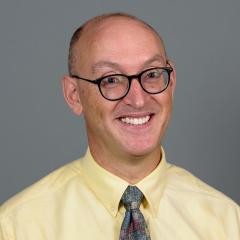 Newswise — Russian war games or Trojan Horse? Many Western defense ministries and militaries have expressed concern that “Zapad 2017” is the latter—a cover for actual military operations.

The week-long military exercise commenced Thursday and involves maneuvers in Russia’s northwest to Belarus. U.S. military and NATO officials think Russia could amass as many as 100,000 troops along the borders shared with Eastern European countries.

To gain insight on this issue, ASU Now turned to Keith Brown, director of Arizona State University's Melikian Center, whose individual research focuses primarily on politics, culture and identity in the Balkans.

Question: What are the Zapad 2017 military exercises – and how many troops does it involve?

A: The Zapad 2017 military exercises are a "war game" that professional militaries all over the world conduct. "Zapad" means "West." The script calls for Russian and Belarusian military forces to cooperate because of an attempt by its Western neighbors (given fictional names in the exercise) to destabilize Belarus.  In official announcements, Russia has claimed that only 12,700 troops will be involved. The number is significant because, as a member of the Organization for Security and Co-operation in Europe, Russia has agreed to allow foreign military monitors for any exercises involving more than 13,000 troops. Politicians in the Baltic countries of Estonia, Lithuania, and Latvia, as well as NATO leaders, believe that the exercises will actually involve the deployment of far more Russian troops into Belarus.

Q: Some NATO nations have expressed concern about Russia’s intentions, particularly Poland and the Baltic states. How concerned should they be?

A: The three Baltic states and Poland are all members of NATO, which through its well-known Article 5 is committed to collective self-defense – an attack on one is an attack on all. As long as all sides know that NATO's members remain 100 percent committed to Article 5, then Zapad poses zero real risk. Still, during his European visit in May, President Trump broke with prior presidential practice, and initially chose not to restate that the United States would uphold that commitment. This, together with President Trump's stated skepticism around NATO, and clear admiration for Vladimir Putin, raised concerns among European leaders. Their concerns were that a change in U.S. policy would alter the calculus of risk for Russia to undertake a military attack. And that is a frightening prospect. For without the deterrent effect of Article 5, NATO's capacity to defend the sovereignty of the Baltic republics comes into question.

Q: To what extent do you think this is Russian President Vladimir Putin thumbing his nose at the West and showing off? Is it a sign of deteriorating relations?

A: President Putin has long stoked and maintained fears of Western or US-led aggression to maintain popularity. He has also demonstrated, in Crimea and Ukraine, willingness to use direct military action. The Zapad exercises are part of a longer-term commitment to military cooperation between Russia and Belarus; they have been scheduled for a long time, and the Estonian foreign minister was already expressing concerns back in April, before President Trump's visit to Europe.

It is striking that the scenario on which the Russian exercises is based—defense against paramilitaries who are agents of a neighboring power seeking to destabilize a regime—could be derived from Ukraine, with Russia as the destabilizing neighbor. Putin wins admiration from his base in Russia when he plays by his rules, and is one or two steps ahead of his Western rivals. He has made these exercises into a kind of spectacle, and the alarmed reactions from the West are already a win for him.

Q: Do you see these maneuvers as a “Trojan horse,” that is, a cover to leave behind some troops and military equipment?

A: I'm not a military expert, but I know from U.S. soldiers and Marines that logistics matter above all in military operations. If Putin can leave troops, or pre-position supplies in Belarus, he gains a tactical advantage in terms of potential surprise or movement that would, in modern terms, split NATO's forces. This would enable Russian forces to stage a coup de main [surprise attack] and put NATO in the position of having to go on the offensive to restore the sanctity of borders it has pledged to protect.

Alternatively, the scheduled Zapad exercises could represent a masterly piece of misdirection. The Baltics, with their substantial Russian populations, represent only one "front" for Putin, where he is already deploying a wide range of tactics of destabilization. There is broad consensus, for example, that Russia has been using covert methods in the Western Balkans to try to prevent countries firmly joining the Euro-Atlantic "camp." In addition, Putin has shown, in Ukraine and Crimea, a willingness to take calculated risks in the conduct of a foreign policy aimed at eroding confidence in the Euro-Atlantic alliance.