Five Things to Know About the Winter Olympics 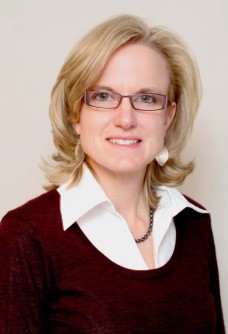 Curling and bobsledding aren’t sports Americans watch outside the Olympics. Why is that? Vicki Michaelis, Carmical Chair in Sports Journalism and Society at the University of Georgia, explains that the American football-obsessed culture is partly to blame. She also gives a preview of what athlete story lines to follow, what technology changes mean for these games, what an Olympic political truce means, and when the Olympics might be back on American soil.

Football, basketball and baseball reign in U.S. sports coverage
“In, the U.S., it’s very difficult for any sport to gain a foothold in a [media] landscape dominated by football, baseball and basketball. The wide appeal of the Olympics lies primarily in the nationalism of the Games. When these sports are being contested outside of the Olympics, they don’t have the same draw because the athletes aren’t as demonstrably wrapped in the red, white and blue. U.S. sports fans turn instead to the sports that best market themselves to other group identities—high schools, colleges and the cities and regions where professional teams are based. Sports fans in some countries do watch Winter Olympic sports between Games. Long-track speed skating is very popular in the Netherlands, for example, as are alpine skiing in Austria and short-track speed skating in South Korea. Why? Because those countries’ athletes historically have done well in those sports, which fuels the fans’ sense of national pride and identity and ongoing interest in the sports. In addition, in the U.S., the media coverage of these sports between Olympics is limited.”

“When I worked for USA Today, I was one of a very few full-time Olympic beat reporters for a national media outlet. Lastly, for decades, NBC was intentional in limiting broadcasts of these sports between Olympics through restrictions written into its broadcast-rights contracts. That boosted the value of its billion-dollar rights fees, because it made the Olympic broadcasts seem special, an experience not to be missed. That drew larger viewing audiences and drove up ad rates. All the various digital distribution channels now available have eroded any one broadcaster’s ability to have that kind of control. But the lasting effect is that sports contested in the Olympics don’t have the continuous viewer loyalty and commercial viability that football, baseball and basketball do.”

The veterans are back, but watch for some new faces
“In alpine skiing, Lindsey Vonn is back but Mikaela Shiffrin could overshadow her. Shiffrin has been most successful in the technical events (slalom and giant slalom) but she also could contend in the speed events (downhill and super-G) and the combined (a mix of slalom and downhill). In snowboarding, Shaun White also is back, but he also could be overshadowed, by 17-year-old Chloe Kim, a four-time X Games champion with Korean-born parents. In figure skating, Nathan Chen could try to match the five quadruple jumps he landed in his long program at the U.S. championships last month. Another figure skater, Adam Rippon, and freestyle skier Gus Kenworthy are the first openly gay men to compete for the U.S. in the Winter Olympics. Maame Biney and Erin Jackson will break barriers also, as the first African-American women to compete in speed skating, Biney in short track and Jackson in long track.”

New technology trends mean more live-streaming for these Olympics
“NBC is rolling out several firsts for the PyeongChang Games, many of which will allow us to see events live and in ways we haven’t seen them before. Among the innovations: much more live-streaming of events; snippets of live broadcasts on Snapchat; more than 50 hours of live virtual-reality programming; several events, including the opening ceremony, hockey and figure skating in 4K HDR (this means if you have a High Dynamic Range television, the images will be notably better). PyeongChang is 14 hours ahead of the East Coast. NBC is planning 2,400 hours of live coverage—a record for the Winter Olympics—for fans who want to stay ahead of spoilers on social media.”

All eyes are on North Korea for the Olympic truce
“When North Korea leader Kim Jong-un first raised this possibility last month, it immediately eased tensions on the Korean peninsula and in the Olympic world. The memory of North Korea blowing up a passenger plane before the 1988 Summer Olympics in Seoul lingers. More fresh are the numerous nuclear and missile tests North Korea conducted last year, which the South Korean government said it believes North Korea will be less likely to do while its athletes are in PyeongChang. The two countries have called a de facto modern-day Olympic truce. They reconnected an inter-Korean military phone line ahead of the Games. Their athletes will play alongside each other on a unified women’s hockey team. Their athletes also marched together at the opening ceremony, where Kim Jong-Un’s sister and South Korea President Moon Jae-in greeted each other with a handshake and smiles.”

It will be more than a decade before the U.S. hosts another Winter Olympics
“The last U.S.-hosted Olympics, summer or winter, were the 2002 Winter Games in Salt Lake City. Salt Lake City recently announced it intends to bid for the 2030 Winter Olympics. With venues, roads and hotels that are still relatively new, Salt Lake City’s chances could be boosted by the International Olympic Committee’s stated desire to minimize hosting costs after Russia spent $51 billion on infrastructure for the 2014 Sochi Winter Olympics. Two other U.S. cities—Denver and Reno—also are considering Winter Olympics bids. Los Angeles already has secured the 2028 Summer Olympics. The IOC historically has not awarded back-to-back Olympics to the same country. If that pattern holds, a more realistic target for a U.S. Winter Olympics bid would be the 2034 Games.”

Vicki Michaelis is the Carmical Chair in Sports Journalism and Society at the UGA Grady College of Journalism and Mass Communication. She teaches sports reporting and is director of GradySports, the college’s new sports media initiative. She worked for 21 years as a sports journalist, the last 12 as the lead Olympics reporter for USA Today