Food for Thought: Research on Plant Compound May Help Prevent Nerve-Cell Loss in the Brain 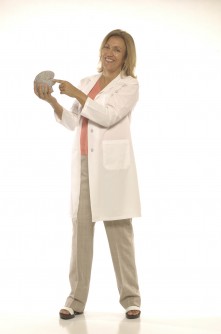 Newswise — A neuroscientist at the University of South Carolina is conducting research on a compound found in liquorice root that could prevent or slow down the cell death associated with neurodegenerative diseases such as Alzheimer’s and Parkinson’s diseases. Dr. Rosemarie Booze, the Bicentennial Chair Professor in Behavorial Neuroscience in the university’s College of Arts and Sciences, is isolating liquiritigenin -- or LQ, as Booze calls it -- and is testing its neural effects. LQ is a phytoestrogen, a compound that is found naturally in plants and that mimics the hormone estrogen. Phytoestrogens bind to one of two types of estrogen receptors (ER) -- alpha and beta -- found in cells in the human body, said Booze. Ones that target alpha ¬¬ERs, which are found throughout the body, have demonstrated qualities that may prevent some cancers, including breast, ovary and uterus. Beta ERs, which LQ targets, are found in cells in the brain “Plants are amazing chemists!” Booze said. “Phytoestrogens are only made by plants, and there are several different ones that target estrogen receptors. We are focusing on the beta compounds for neural effects, and these can be found in liquorice root, soybeans and other plants.” Booze’s research is funded by a $1.8 million grant from the National Institutes of Health (NIH). “Alpha and beta estrogen receptors are very close in structure, but beta estrogen receptors are more localized in the brain and have different effects on brain cells,” Booze said. “We know that LQ is the active compound in one traditional Chinese medicine and is used to treat post menopausal women. We’re looking at it for its brain effects.” Booze said creating synthetic forms of these naturally occurring compounds in plants is difficult to do in a lab. “They are potent compounds as natural plants,” Booze said. Alzheimer’s, Parkinson’s and HIV-related dementia are neurodegenerative diseases because they involve the loss of neurons, or brain cells, over time.

“We’re testing the ability of plant-derived phytoestrogens, such as genistein and LQ, to help nerve cells survive in neurodegenerative diseases and keep neurons connected and functional,” she said. “We want to maintain that brain plasticity.” Booze’s research is the first ever done on LQ and the first to test some of these phytoestrogens in the brain. She and a USC research team are testing the ability of these compounds to help nerve cells survive, and even make new connections, in laboratory petri dishes. This allows them to see which parts of the compound are critical for nerve-cell survival and how these phytoestrogens are different from the actual hormone estrogen. “LQ absorbs well in the intestines, and it crosses the blood-brain barrier very well,” said Booze. “LQ may be novel in Western cultures, but it has been used in Eastern cultures for a long time.” Working with Booze on the LQ research are fellow USC neuroscientists Dr. Charles Mactutus, Dr. Michael Aksenov, Dr. Jun Zhu; current graduate students Landhing Moran, Lauren Hord and Sarah Bertrand; and several undergraduates, including Tor Espensen-Sturges, who is testing the LQ as part of her honors thesis. Booze has been conducting research on the relationship between chemical compounds and the brain for more than 20 years. During that time, her research has received continuous funding from the NIH, totaling more than $17 million to date. A recent NIH grant renewal will extend her funding through 2015. LQ isn’t Booze’s first foray into phytoestrogen research. She did similar work in isolating estrogen receptor compounds in soybeans. The alpha ER compounds found in soy have shown to help protect against female cancers. Soy is found in cosmetics, as well as in cereals, breads and legumes. “Instead of putting it on your face, we’re looking to put LQ in the brain,” Booze said. For her phytoestrogen research, including LQ, Booze works with the Kentucky-based company, Naprogenix, which specializes in the isolating of estrogen receptive compounds in plants such as soybean, bulrush and plantains. She hopes to receive an additional NIH grant that would enable the university to collaborate with Naprogenix and test the phytoestrogen compounds that the company isolates. “I hope that the compound like LQ, or these other new estrogen receptor beta-targeted compounds, would both prevent and slow neurodegeneration in these devastating diseases,” Booze said. “My father has severe Parkinson’s, so I understand what families go through and how desperate the need is for any neuroprotective therapeutic, and this work with phytoestrogens opens up a whole new era of research for neuroscientists.”