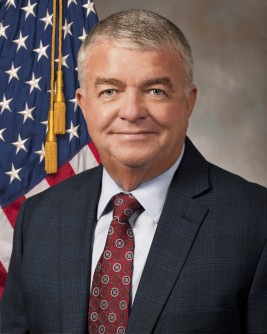 Travis, the Senior Vice President for the Uniformed Services University of the Health Sciences’ Southern Region in San Antonio, Texas, will share a personal story about an Air Force medic who was severely wounded by an IED attack in Afghanistan, representative of the sacrifices made by Veterans and the medical advances seen in the current long war.

“Veterans Day provides us with a wonderful opportunity to recognize our fellow UT Southwestern employees who are veterans of the U.S. Armed Forces and thank them for their dedication and service to our country.  UT Southwestern Medical Center is committed to ensure a diverse workforce - one that fosters an environment of inclusiveness and respect. Welcoming veterans is part of that commitment,” said Ivan Thompson, UT Southwestern vice president for Human Resources.

The event is being hosted by the UT Southwestern Office of Diversity & Inclusion and Equal Opportunity, along with the Veterans Business Resource Group.  It starts at 11 a.m. in the Eugene McDermott Plaza, D1.600 Lecture Hall on South Campus.

“We are honored to have General Travis as our keynote speaker for the University of Texas Southwestern Medical Center’s 2017 Veterans Day event,” said Kim Siniscalchi, Vice President for Strategic Initiatives and Executive Sponsor for the Veterans Business Resource Group.  “In 2015, UT Southwestern held their inaugural Veterans Day event, and it was a huge success!  Based on the positive feedback from our veterans, Dr. Podolsky [the university president] decided to make it an annual event honoring our veterans, families, and Health Professions Scholarship Program [medical] students.  This year we have a unique opportunity to hear from the 21st Surgeon General of the U.S Air Force.  And, not only is he a former surgeon general, he is also an experienced fighter pilot, and he has a great story to tell.”

Travis served in the U.S. Air Force from 1976 until 2015.  He entered the service as an ROTC program distinguished graduate from Virginia Polytechnic Institute and State University, and went on to become an F-4 pilot and aircraft commander prior to attending medical school at USU.  He held a number of prestigious career assignments, including chief of medical operations for the Human Systems Program Office at Brooks Air Force Base in San Antonio, director of Operational Health Support and chief of the Aerospace Medicine division for the Air Force Medical Operations Agency in Washington, DC.  He later became deputy Surgeon General of the U.S. Force, followed by Surgeon General, overseeing a $6.6 billion, 44,000-person integrated health care delivery system serving 2.6 million beneficiaries at 75 military treatment facilities worldwide.

“When I was asked to speak to the UT Southwestern Medical Center as they honor Veterans this year, I immediately said yes.  I have had the amazing opportunity to work closely with all of our uniformed services for many years,” said Travis.  “I am very grateful to be able to recognize and thank the UT Southwestern veterans for their service, and hopefully provide some insights and inspiration to this important audience.”

The Uniformed Services University of the Health Sciences (USU), founded by an act of Congress in 1972, is the academic heart of the Military Health System. USU students are primarily active-duty uniformed officers in the Army, Navy, Air Force and Public Health Service who receive specialized education in tropical and infectious diseases, TBI and PTSD, disaster response and humanitarian assistance, global health, and acute trauma care. A large percentage of the university’s more than 5,800 physician and 900 advanced practice nursing alumni are supporting operations around the work, offering their leadership and experience. USU’s graduate programs in biomedical sciences and public health are committed to excellence in research and oral biology. The university’s research program covers a wide range of clinical and basic science important to both the military and public health.  For more information, visit www.usuhs.edu.