.@FredHutch Expert Available to Comment on Link Between Nightly #Fasting and #Breastcancer Recurrence 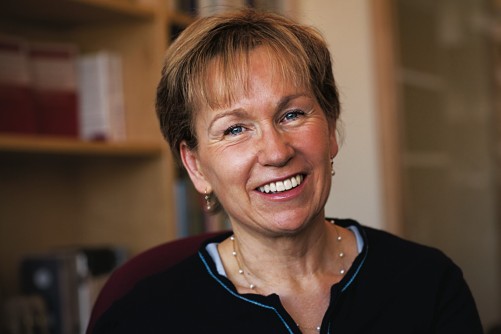 Newswise — Dr. Anne McTiernan, a breast cancer epidemiologist and cancer prevention expert in the Public Health Sciences Division of Fred Hutchinson Cancer Research Center, is available to comment on a new study that has found an association between nightly fasting and a reduced risk of breast cancer recurrence. The findings, from a study led by researchers at the University of California, San Diego, were published today in JAMA Oncology.

Previous research in rodents suggests prolonged fasting during sleep can protect mice fed a high-fat diet against abnormal glucose metabolism, inflammation and weight gain, all of which are associated with poor cancer outcomes. This is the first known study to examine nightly fasting duration and cancer outcomes in humans, according to the study’s authors.

The UCSD researchers found that each two-hour increase in nightly fasting was associated with lower hemoglobin A1C levels, a blood marker of glucose exposure. The study also measured levels of C-reactive protein, a marker of inflammation, and found an inverse relationship between those levels and risk of cancer recurrence.

According to Fred Hutch’s McTiernan, who was not involved in the research, the study was “a very well conducted epidemiologic analysis of diet and breast cancer recurrence and survival.” The strengths of the study included the use of 24-hour diet recalls, which are a more valid measure of diet intake than standard epidemiologic food-frequency questionnaires; and the fact that it followed the patients for an average of 11 years, providing data from long-term follow-up.

“The premise [of the study] is sound,” McTiernan said. “The idea is that longer nighttime fasting will lower some risk factors for cancer recurrence.” Her own research has found that high levels of glucose and C-reactive protein are associated with poorer survival compared with low levels of these markers.

“Overall, I think the study was well done and intriguing,” she said. “To address associations of nighttime fasting with survival, future studies should control for potentially confounding effects of completion of breast cancer treatments, and they should look separately at associations of nighttime fasting in women with different types of breast cancer.”