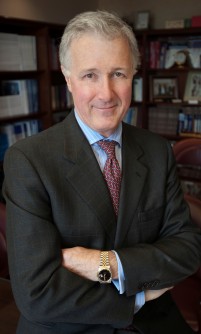 “Receiving this award is a tremendous honor, and I am incredibly grateful to be among the distinguished recipients that have come before me,” said Dr. Patterson. “STS has a long history of scholarship in cardiothoracic surgery, and this award is a demonstration of the Society’s commitment to research and innovation in the field.”

Dr. Patterson is Chief of the Division of Cardiothoracic Surgery at Washington University in St. Louis, where he is also the Evarts A. Graham Professor of Surgery.

“Dr. Patterson is a role model for both his peers and aspiring surgeons, exemplifying what can be accomplished with professional dedication to scientific advancement and discovery linked with an excellence in clinical practice, the ultimate translational scientist,” said STS President Douglas E. Wood, MD. “With a long history of extramural NIH funding that aided innumerable scientific contributions, Dr. Patterson is a rare individual who has had a lifelong commitment to the investigation and progressive clinical improvement of general thoracic surgery, as well as seminal research that has shaped the field of lung transplantation.”

The recipient of numerous awards and recognitions, including a Medal in Surgery from the Royal College of Physicians and Surgeons of Canada, Dr. Patterson has authored or co-authored more than 420 scientific articles in peer-reviewed publications and helped write more than 70 chapters for various medical books. He has also lectured extensively in the United States and abroad, having participated in more than 360 invited lectures. An STS member since 1986, he also is a member or honorary member of more than 30 professional associations worldwide.

“There are so many opportunities for young cardiothoracic surgeons to get involved in CT surgery today and really make their own impact on the specialty,” said Dr. Patterson. “It is important that we all stay engaged in basic research, innovation, and new technology because those areas are constantly changing.”

The Earl Bakken Scientific Achievement Award was established in 1999 through a grant from medical equipment company Medtronic, Inc., to honor individuals who have made outstanding scientific contributions that have enhanced the practice of cardiothoracic surgery and patients' quality of life.

Founded in 1964, The Society of Thoracic Surgeons is a not-for-profit organization representing more than 6,800 cardiothoracic surgeons, researchers, and allied health care professionals worldwide who are dedicated to ensuring the best possible outcomes for surgeries of the heart, lung, and esophagus, as well as other surgical procedures within the chest. The Society’s mission is to enhance the ability of cardiothoracic surgeons to provide the highest quality patient care through education, research, and advocacy.