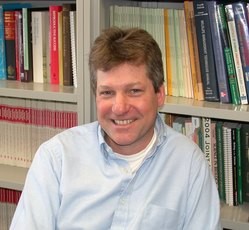 Newswise — It has been widely assumed that men age earlier than women, as evidenced by their higher mortality rates and shorter average life spans. But three Northern Michigan University biology professors contend that the opposite is true. They say theory and data suggest that females begin to exhibit signs of physiological decline earlier than males, and that higher mortality figures are not necessarily correlated with the rate at which we age.

In a recent issue of the American Journal of Human Biology, an article co-authored by Brent Graves, Mac Strand and Alec Lindsay presents a novel interpretation of how selection interacts with cultural and environmental factors to account for gender differences in the aging process. "Because death can be caused by numerous factors, higher mortality rates don't necessarily indicate that men age faster," Graves said.

He added that the physiological evidence to the contrary includes the tendency for women to suffer vision loss more rapidly and suffer an earlier decline in their general health status. Another major factor is that they lose their reproductive capability at a younger age.

"While men may die earlier on average, much of the difference in mortality rates is due to factors other than physiological decline caused by the aging process," Graves said. "Males engage in more risk-taking behaviors, which are reflected in much higher death rates " three times those of females in the 15-25-year age group " due to accidents and violence. There is also the physiological cost of testosterone, which suppresses the immune system and results in higher death rates among males due to infectious diseases and cancer.

"During the evolutionary history of our species, few individuals lived long enough to express genes that cause physiological deterioration late in life, so those genes had little effect on fitness and there was little natural selection to remove them. But as these late-acting genes accumulate, aging evolves. Getting old, falling apart and dying is not an adaptive trait. It evolves because of a lack of natural selection."

Graves said the new interpretation came from applying his training in evolutionary theory to an issue that had been considered from the perspectives of sociology and gerontology.