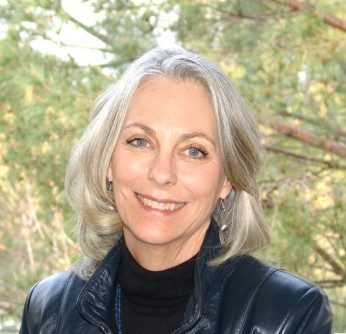 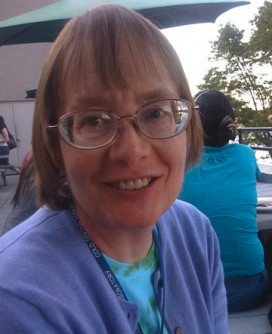 “As always, GSA is fortunate to be able to call upon such talented individuals to provide leadership for the Society,” said GSA Executive Director Adam P. Fagen, PhD. “As we welcome these new leaders, we thank the outgoing Board members for their years of dedicated service to GSA,”

These new officers and directors began their tenure on January 1, 2013, and will remain on the GSA Board until December 31, 2015.

New Members of the GSA Board of Directors

Dr. Chandler is a plant geneticist and a long-time GSA member, who has served as an editor of the GSA journal GENETICS and as a member of the GSA Board in the 1990s. Her research on paramutation, an epigenetic process, has implications not only for maize, which she used in her research, but also for animal and human genetics and genetic diseases. For most of the last decade, Dr. Chandler has built bridges between the genetic worlds of plants and animals and developed a number of lasting scientific partnerships. From 2004-2009, she was director of the BIO5 Institute, an interdisciplinary research center at the University of Arizona, while her own lab worked on maize and other plants as models of genetic effects and applied findings to the study of human biology. At the Gordon and Betty Moore Foundation, Dr. Chandler helps foster scientific partnerships and the development of new technologies. In her new role as Vice President of GSA, she says, “GSA has an obligation to communicate through public outreach and education, advances in genetics that offer significant potential improvements in health, energy, food and the environment, but also raise personal and social issues.” Dr. Chandler is a member of the National Academy of Sciences and a Fellow of the American Association for the Advancement of Science; she is also a Searle Scholar and Presidential Young Investigator and received a National Institutes of Health (NIH) Director’s Pioneer Award. Dr. Chandler served as president of the American Society of Plant Biologists in 2002.

A developmental geneticist, Dr. Villeneuve studies the mechanisms of chromosome inheritance in eukaryotes during meiosis, using the nematode worm C. elegans for much of her work. She has been a member of GSA for many years and has participated in many GSA-sponsored conferences, has served as an associate editor of GENETICS, and has published some of her most influential articles in the Journal. She has “an abiding, vested interest in promoting and sustaining the crucial mission of GSA,” which includes being an advocate “for support of basic science research” and “continued government support for crucial resources such as the genetics stock centers and databases that are essential to sustain ongoing research.” She received a Junior Faculty Scholar Award from the Howard Hughes Medical Institute and was named a Searle Scholar.

Dr. Cooley studies egg development or oogenesis, using the fruit fly Drosophila melanogaster as a model system. Specifically, her lab focuses on the cellular mechanisms controlling egg growth, which, according to her laboratory website, “are directly relevant to female fertility in other animals, including humans.” She is an associate editor of the GSA journal GENETICS, and has been a member of GSA for many years. She is also an active member of the Drosophila genetics community, including serving as an organizer for the GSA-sponsored Annual Drosophila Research Conference in 2009. As a member of the GSA Board of Directors, Dr. Cooley is looking “forward to supporting GSA’s incredibly important advocacy effort to maintain government support for basic research in these times of tight federal budgets.” She received a Damon Runyon–Walter Winchell Cancer Fund Postdoctoral Fellowship and was named a Pew Scholar in the Biomedical Sciences. Anna Di Rienzo, PhD, Professor, Department of Human Genetics, University of Chicago, IL.

Dr. Di Rienzo is a human geneticist, whose research group studies the amount and patterns of genetic variation in human populations including the forces that shape and maintain this variation. Dr. Di Rienzo has ties to GSA as an associate editor of the journal GENETICS. As she assumes her role as a member of the GSA Board of Directors, Dr. Di Rienzo says, her “research and teaching experience at the interface between evolutionary and disease genetics” offers the opportunity “to promote interactions between different communities of geneticists,” including the “human genetics community and the model organism and ecological genetics communities.” Although Dr. Di Rienzo has been in the United States since her postdoctoral training, she is a native of Italy and also has ties to the European genetics community including serving as an organizer for the 2008 International Congress of Genetics in Berlin.

Dr. Elgin, known within the genetics research community for her work in epigenetics, gene regulation and chromatin structure using Drosophila, is equally lauded as a creative and dedicated genetics educator. In 2009 she received GSA’s Elizabeth W. Jones Award for Excellence in Education for bringing genomics into the undergraduate biology classroom through the Genomics Education Partnership, which allows students to do real-time genome sequencing research that furthers the field of genetics. A long-time member of GSA, Dr. Elgin says she is “looking forward to working with GSA to promote better genetics education at every level. As we move into the era of personal genetics/genomics, this has never been more important, both for scientists and for all citizens.” Dr. Elgin is also a Howard Hughes Medical Institute Professor, a Fellow of the American Association for the Advancement of Science, and a member of the American Academy of Arts and Sciences.

Dr. Siegele is a prokaryotic biologist, who has worked with the bacterium Escherichia coli and phages, studying how they adapt to environmental changes through changes in gene expression. Dr. Siegele has been a member of GSA for many years, and sees GSA as the organization that “connects scientists working on diverse biology problems, providing a forum for discussion of issues related to research, education and science policy.” As a member of the Board of Directors, she looks forward to furthering GSA’s efforts in the teaching of genetics. She sees “the need for developing teaching methods/tools that will give students opportunities to participate in real-life research activities that are scalable to large student populations.” She is currently working on “an NIH-funded project to develop a virtual model organism database for E. coli” using existing databases and new tools to analyze the high throughput data. She received NIH’s James A. Shannon Director’s Award in 1994.