9-May-2017 2:05 PM EDT, by University of Wisconsin-Milwaukee
favorite_border 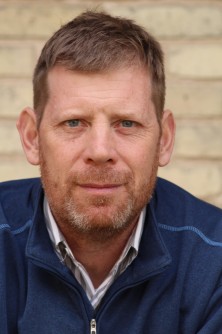 Newswise — MILWAUKEE _ The University of Wisconsin-Milwaukee’s School of Freshwater Sciences has appointed Milwaukee Journal Sentinel reporter Dan Egan as the Brico Fund Senior Water Policy Fellow in Great Lakes Journalism. In this role, Egan will investigate, write and disseminate in-depth news stories about the most pressing issues facing the Great Lakes. This position was made possible through a joint partnership of UW-Milwaukee and Brico Fund. Editorial content will be entirely controlled by Egan and the editors of the Milwaukee Journal Sentinel.

“I am thrilled to have Dan Egan lend his talents and expertise to the work we are doing at the Center for Water Policy,” said Val Klump, senior director and dean of UWM’s School of Freshwater Sciences. “His ability to clearly explain the history and complexity of the problems facing the Great Lakes—as well as possible solutions—makes him a tremendous resource for the School of Freshwater Sciences and the public at large. I am grateful for the investment in this influential position.”

Egan has been covering the Great Lakes for the Milwaukee Journal Sentinel since 2003 and will continue his employment with the newspaper during his appointment at UWM. He was a Pulitzer Prize finalist for explanatory reporting in 2010 and 2013 and has received numerous awards for environmental journalism. His award-winning new book, “The Death and Life of the Great Lakes,” was published March 7.

“This is a great opportunity to help keep people in Wisconsin and across the region informed about issues facing the Great Lakes, which hold 20 percent of the world’s surface freshwater supply,” Egan said. “The lakes have made a remarkable recovery in many ways since the days of wanton industrial and municipal dumping in the middle of the last century. But they remain particularly vulnerable to different types of pollution, including invasive species and excessive nutrient runoff from croplands.”

Brico Fund is a grant-making organization dedicated to improving the civic, cultural, and natural environments in Wisconsin and beyond.

“Protecting our environment, with a focus on Lake Michigan and state waterways, is a cornerstone of what we do,” said Anne Summers, executive director of Brico Fund. “We envision a Wisconsin in which the full citizenry is engaged in their communities, strengthening and improving the environment for future generations. To that end, it’s imperative that we get the word out about how important our Great Lakes are. We are proud to partner with the School of Freshwater Sciences in championing this precious resource.”

Dan Egan is the second senior water policy fellow appointed in the past year. Seth M. Siegel was named the Daniel M. Soref Senior Water Policy Fellow last fall. Siegel is the author of the New York Times best seller “Let There Be Water: Israel’s Solution for a Water-Starved World.” His position was funded by a gift from the Daniel M. Soref Charitable Trust.

Recognized as one of the nation’s 115 top research universities, UW-Milwaukee provides a world-class education to 26,000 students from 81 countries. Its 14 schools and colleges include Wisconsin’s only schools of architecture, freshwater sciences and public health, and it is a leading educator of nurses and teachers. UW-Milwaukee partners with leading companies to conduct joint research, offer student internships and serve as an economic engine for southeastern Wisconsin. The Princeton Review named UW-Milwaukee a 2017 “Best Midwestern” university based on overall academic excellence and student reviews, as well as a top “Green College.”

About the School of Freshwater Sciences

UWM’s School of Freshwater Sciences is dedicated to improving our health, economy, and quality of life by providing the talent, tools and techniques to understand and manage our most precious natural resource—water. Located on the Milwaukee Harbor, the school is the largest water-focused academic research institution on the Great Lakes and has the only research vessel operating year-round on Lake Michigan. Its scientists and students advance understanding of the largest freshwater system on Earth, as well as urban rivers, storm and wastewater infrastructure, groundwater and inland lakes, aquaculture and fisheries, water robotics, and human and environmental health. The school pairs a rigorous, science-based curriculum with hands-on field work, applied research experiences, and community engagement. As a result, 97 percent of its graduates are employed in water-related fields, with positions in industry, government, higher education and not-for-profit organizations.

The school’s Center for Water Policy provides and fosters leadership and expertise in generating independent, high integrity, peer-reviewed research, and effectively communicating that research to the public. Established in 2011 through a gift from Lynde B. Uihlein, the center seeks interdisciplinary solutions to resolve regional, national and international problems related to the protection, restoration and conservation of freshwater resources.

Brico Fund seeks a Wisconsin in which the full citizenry is engaged and involved in their communities, strengthening the human and natural environments for future generations. Through dynamic approaches, Brico Fund builds the collective capacity of people and organizations to actively and sustainably improve the civic, cultural and natural environments. Most of their grants support organizations in Wisconsin, with a majority of their resources spent locally in Milwaukee and southeast Wisconsin.