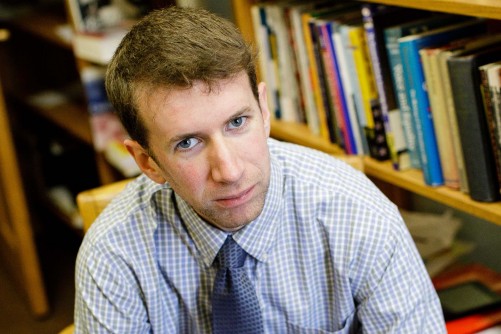 Newswise — Did you get fliers in the mail last election season pushing you to vote absentee? It’s a technique many parties are starting to use.

Cornell College Professor of Politics Hans Hassell worked with a Republican Party organization in Minnesota to see if it increased electoral participation.

“I worked with them to try to generate a couple of tests, trying to see if we could increase turnout using an absentee ballot process,” Hassell said. “A couple of years ago Minnesota passed the ability for residents to vote absentee by mail, thinking, theoretically, that they were making it easier for voters to participate and making it easier for them to turn out. What we actually found is that the increase in actual turnout is miniscule, meaning it probably didn’t have an overall effect.”

Hassell said voters did opt to change how they cast their ballot but not whether they voted, meaning more people voted by mail compared to in-person in his study.

Hassell wanted to research this topic to see if this campaign strategy worked. While it didn’t do much for the actual turnout numbers, Hassell says there might still be a good reason for campaigns to push absentee voting.

“I think that there are some advantages to it,” Hassell said. “For one thing, campaigns are always thinking strategically. We see fluctuations in the polls over time and there may be times during a campaign where a campaign may say, ‘we really want voters to vote now before something else comes out that perhaps may be detrimental to our candidacy.’ So, it allows them to bank votes at a specific time. I think, however, that there’s more research needed to see the effect on campaign strategy overall.”

The politics professor said this research is the first of its kind. There have been no published records of the effects of campaigns’ use of absentee voting to encourage turnout.