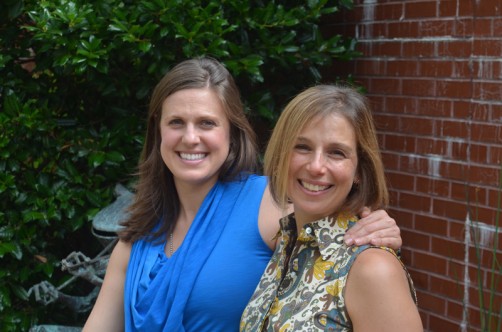 Newswise — On April 15, 2013, Jessica Kensky was standing with new husband Patrick Downes at the finish line of the Boston Marathon, his arms wrapped around her, when a bomb went off.

Both of them lost a leg that day. Kensky would lose her other leg down the line. Both are still working to recover.

Nursing school classmate Leah Pike was the first of Kensky’s nursing friends to arrive by her side after the bombing, but she would not be the only one. The list of angels is a long one, full of classmates from Kensky’s Wolfe Street days, colleagues from her time at the Weinberg surgical intensive care unit at Johns Hopkins Hospital, and co-workers at Massachusetts General Hospital in Boston.

Two other nurses shared thoughts about the bombing and Kensky’s journey in separate conversations. Kathy Hilburn, a 2009 classmate, is a research nurse with the National Institutes of Health in Bethesda. Erin Gilfeather worked with Kensky at Weinberg.

Jessica Kensky: I have little glimpses in my memory from those first days. I have stories people told me later. But the really painful stuff, it kind of fades away. It’s just too much. I remember writing the words “Patrick’s foot.” I had no idea at that point that I had lost a leg. The only thing I could think about was Patrick’s foot, laying on the ground. Then he wasn’t there. He was taken to a different hospital, and we didn’t see each other for five weeks.

Erin Gilfeather: I texted Jess, and tried to call. It was kind of normal not to hear back. She is notoriously bad about responding on the cellphone. I heard what happened later that night from a friend. I was so scared for her. Her family is in California. Her husband is in some other hospital. Who is with her? Is she by herself?

Leah: Trauma patients, especially when they’re intubated, don’t look like themselves. It can be a shock. If I wasn’t a nurse I would have freaked out at the way Jess looked.

Erin: I thought I had prepared myself for the first visit. I was a nurse, you know? … She had shrapnel pieces in places no one should ever have shrapnel. Seeing her was a lot harder than I ever thought it would be.

Jessica: I was definitely worried about dying. That was part of why I needed to keep talking. One minute I wanted someone to find my husband. The next minute I wanted to tell everyone my blood type ... whatever came into my mind.

Kathy Hilburn: In nursing school, Jess was the glue that held our group together. She was the one who sensed when the stress was too much. She introduced us to duckpin bowling. Did she tell you about rooftop yoga?

Jessica: Leah had rented a place that had a rat problem. [The day they met] she was telling everyone on the shuttle about how these rats were not at all afraid of humans.

Leah: Yeah, that was the beginning of our little love story.

Jessica: We became study buddies. Leah got me through nursing school.

Leah: Back at you.

Jessica: My nursing friends played an enormous role in my recovery. I could give you a super long list of things, but maybe the most amazing thing was that every night I had a nurse friend stay over in the hospital with me. This went on for months. ... My room had this awful, uncomfortable chair. I felt like I was going to end up paying chiropractic bills for everyone.

Kathy: I’ve seen cases as a nurse where friends and family were really good supporting a patient, but I’ve never seen anything like I saw in Boston. You know how something happens in a neighborhood and everyone rallies around? It was like this whole pop-up neighborhood appeared for Jess, people from all the different places she had been in life. I remember thinking, “Wow, this is incredible.”

Leah: It wasn’t that we didn’t trust her nurses. It wasn’t a question about their skills or commitment. It’s just that we know from experience that hospitals can be crazy places. ... Nurses are human, you know?

Jessica: It’s interesting, the things that really stand out in my mind are simple acts of kindness, little above-and-beyond things. I had burns all over my back that were full of dirt and metal. The pain during dressing changes was excruciating. I’ll never forget the nurse who kept singing to me during this — the Fleetwood Mac song “Don’t Stop [Thinking About Tomorrow].”

Jessica: I lost so much privacy. The way my nurses helped me maintain my dignity and the way they made me laugh through everything, these are just priceless gifts.

Erin: I’ve always tried to go the extra mile for my patients, but now I can feel myself getting a little more involved, trying to be more in tune with their needs. I hope maybe I am being more attentive to things that tend to get overlooked, like how good it feels after you wash your hair. And painting people’s nails, that’s another one.

Jessica: Patrick and I were separated for five weeks. I was the one who got stable enough first. My nurses helped me get ready to go see him. I remember a nurse washing my hair for my “big date.” You can imagine what this is like. We are both missing limbs. He is looking so very sick. I had to go to the bathroom during this. It was his nurses who helped me get up on a commode. I’m not their patient, but here they are working so hard to make everything as comfortable and as dignified for me as possible.

Leah: Your commode, that’s a whole topic by itself.

Jessica: I didn’t know until this happened that there is a hierarchy of bedside commodes. The one I had at first was very cushioned and very plush. They are super expensive. When I got to rehab, they didn’t have any commodes like that. It turned out that I had started with the Mercedes of commodes, and then I had to make do with a regular one. My old nurses from Boston General showed up one day, on their own time. They had loaded up my old commode and brought it to me.

Read the full article at magazine.nursing.jhu.edu.

MoreNurses' Other Lives: The Busy BeekeeperDissertation Dissemination: Imagine Her Surprise