Historian Available to Comment on 50th Anniversary of Great Society 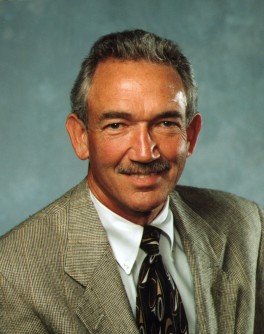 Randall Woods, a Distinguished Professor of history at the University of Arkansas, is available to comment on the 50th anniversary of President Lyndon Johnson’s Great Society legislative agenda.

Woods received strong reviews for his 2006 biography of the 36th president — LBJ: Architect of Ambition. Columbia University historian Alan Brinkley raved: “Woods has produced an excellent biography that fully deserves a place alongside the best of the Johnson studies yet to appear.”

Johnson's first public reference to the “Great Society” took place during a speech to students on May 7, 1964, at Ohio University in Athens.

“The Great Society comprised a thousand pieces of legislation, and a lot of those votes were very close,” Woods said. “So Johnson had to work out these deals. He’d get Southerners to vote for an urban transit bill and Northerners to vote for a wheat subsidy bill. The poverty programs were in many ways civil rights programs. A lot of the Southerners who were segregationists would show their support for the civil rights movement by voting for the poverty programs. And Johnson would take that to Northern liberals and get them to compromise on the civil rights bills.”

Woods is a recognized scholar in the field of U.S. diplomatic history, and has published eight books on various topics including Vietnam, the Cold War and Sen. J. William Fulbright. He has also co-written or co-edited four other books. His book on Fulbright was nominated for a Pulitzer Prize and National Book Award.