HIV Pioneer: Use Lessons From the Epidemic to Improve Health-Care System 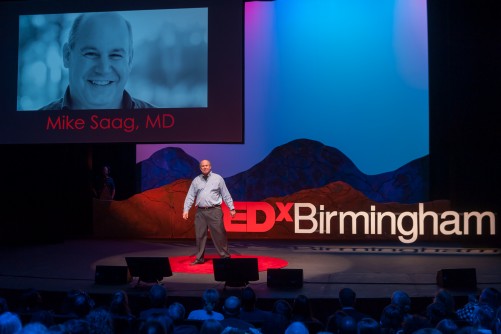 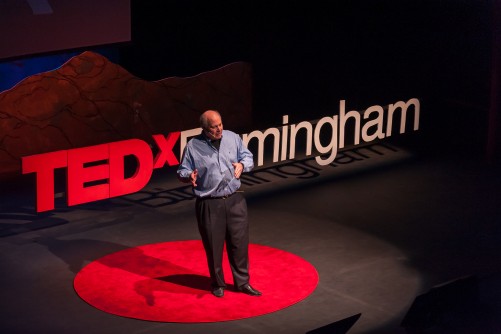 Newswise — BIRMINGHAM, Ala. – Studying and treating HIV since it first appeared in 1981 has led to the University of Alabama at Birmingham’s Michael Saag, M.D., becoming widely recognized for helping turn the most deadly virus in human history into a manageable chronic disease. But Saag says accomplishing this has come with more challenges than the disease itself produces.

“I went into medicine to fight diseases; but early on I found myself in a daily struggle, hand-to-hand combat against something we euphemistically call the American health care system,” Saag, professor of medicine and director of the UAB Center for AIDS Research, said recently to a crowd of TEDxBirmingham attendees, who come together because they believe in the power of ideas to change the world.

Saag’s TEDxBirmingham talk comes a year after he released his first book, “Positive,” which he published to both chronicle his journey in the HIV epidemic and shine a light on what he says is a broken health care system.

“The United States health care system can be summed up in two words, ‘deadly chaos,’ and all of us in the system play our part,” Saag said. “When I see a patient in clinic, I need to know their vital signs — blood pressure, heart rate, respiratory rate and, paramount in our system, insurance status. Yes, that’s right, insurance status is a new vital sign. It tells me what I can and cannot do for a patient before I see them.”

Failing to ask critical questions — what does our current health care system look like and is it sustainable — has led to the current issues on both sides of the insurance debate, Saag says.

“It costs us twice as much to provide care as it does in other industrialized countries, and part of the reason for this is we spend 33 cents of every health care dollar on administration or overhead, compared to the 7 cents on every dollar paid by every other industrialized country on Earth,” Saag said. “In our system, a lot of the cost is paying for disparity between those who have insurance and those who don’t. You may have heard the talking heads on cable news say, ‘we’re not paying for the uninsured now, why should we do this under the Affordable Care Act?’ Of course we’re paying for them now; we do this by overcharging those who have insurance to pay for those who don’t. Such popular arrogant ignorance is deadly.”

The message Saag shares in his book and in his TEDxBirmingham talk is that, to fix the existing issues, changed must be enacted.

“What I propose is that we learn the lessons from the war on AIDS that gave us the success,” Saag said.

Lesson 1: Be aware. “HIV is a deadly virus; it took awareness to begin to make a dent in the epidemic. And I’m telling you our health care system is deadly. We need to become aware of the facts,” Saag said.

Lesson 2: Organize. “We can get our act together and take care of people as one. Gay men in the 1980s organized to make a dent in the epidemic — we can do the same.

Lesson 3: Stop being afraid of showing passion. “Passion is what got us to where we are in HIV. Without passion in the streets, gay men showing placards in front of cameras and politicians, without the anger and the fear and the terror and the compassion it sometimes brought, we wouldn’t have gotten anywhere with HIV,” Saag said. “For most of us, we’re afraid of being noticed. Let’s get over that.”

The story, Saag says, is longer and more complicated; but the message is simple: Be aware, organize and give it passion.

“For us to be effective, we need to organize ourselves and go out and challenge political trends to make a difference,” Saag said. “Thirty-three years ago, a disorganized, dying group of gay men made it happen. Today, the choice is up to us.”

About Michael Saag, M.D.A world-renowned expert in his field, Michael Saag, M.D., professor of medicine and director of the UAB Center for AIDS Research, performs clinical, translational and outcomes research in the areas of HIV and HCV. Saag, who came to UAB in 1984, made seminal discoveries in the genetic evolution of HIV in vivo and directed the first inpatient studies of seven of the first 25 antiretroviral drugs for HIV. Saag also envisioned an HIV outpatient clinic dedicated to the provision of comprehensive patient care in conjunction with the conduct of high-quality clinical trials, basic science and clinical outcomes research. In April 2014, Saag published his first book, “Positive,” which traces his life studying HIV and treating patients with AIDS. More than a memoir, “Positive” also shines a light on what Saag describes as the dysfunctional U.S. health care system, proposing optimistic yet realistic remedies drawn from his distinguished career. For more information, visit http://www.uab.edu/medicine/cfar/outreach/positive-the-book or positivethebook.com. 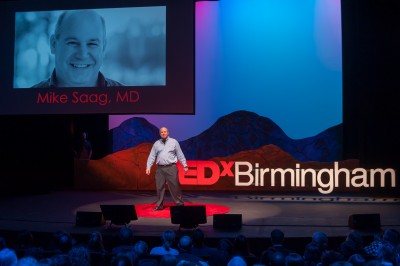 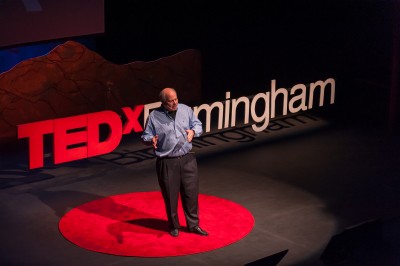