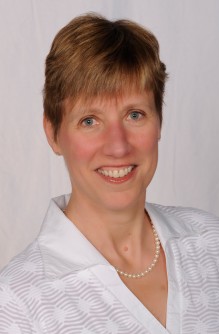 The task force is an independent, volunteer panel of national experts in prevention and evidence-based medicine. Members come from throughout health-related fields, including internal medicine, family medicine, pediatrics, behavioral health, obstetrics/gynecology and nursing. Members are appointed to serve four-year terms by the director of the Agency for Healthcare Research and Quality, a part of the U.S. Department of Health and Human Services.

“The University of Louisville is proud to congratulate Dr. Harper on this prestigious new appointment,” Toni Ganzel, M.D., dean of the UofL School of Medicine, said. “We are confident that her experience in family medicine and obstetrics and gynecology and her dedication to prevention and evidence-based medicine will serve the task force, health care professionals, patients and the nation well.”

In addition to holding an endowed professorship and chair, Harper also serves as a professor of obstetrics and gynecology in the Department of Obstetrics, Gynecology and Women’s Health; a professor of bioengineering at the Speed School of Engineering; and a professor of epidemiology and population health and of health promotion and behavioral health sciences in the School of Public Health and Information Sciences. Her expertise and primary research focus is prevention, diagnosis and treatment of diseases related to human papillomavirus.

“On behalf of my fellow Task Force members, I am pleased to welcome Dr. Harper to the Task Force,” said Task Force Chair Albert Siu, M.D., of the Icahn School of Medicine at Mount Sinai Hospital. “Her expertise in the areas of medical education, preventive medicine and obstetrics and gynecology will be an important addition to the Task Force.”

“We congratulate Dr. Harper on her appointment to the Task Force,” said Ruth W. Brinkley, president and CEO of KentuckyOne Health, the largest health system in Kentucky and partner in care with the UofL School of Medicine. “It’s an honor for the Commonwealth of Kentucky to be represented on the national level by Dr. Harper. We know her experience will bring significant value to shape health and wellness across the United States.”