Hydrogen May be Key to Growth of High-Quality Graphene 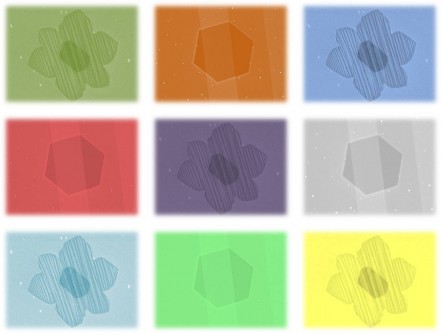 Newswise — OAK RIDGE, Tenn., July 18, 2011 – A new approach to growing graphene greatly reduces problems that have plagued researchers in the past and clears a path to the crystalline form of graphite’s use in sophisticated electronic devices of tomorrow.

Findings of researchers at the Department of Energy’s Oak Ridge National Laboratory demonstrate that hydrogen rather than carbon dictates the graphene grain shape and size, according to a team led by ORNL’s Ivan Vlassiouk, a Eugene Wigner Fellow, and Sergei Smirnov, a professor of chemistry at New Mexico State University. This research is published in ACS Nano.

“Hydrogen not only initiates the graphene growth, but controls the graphene shape and size,” Vlassiouk said. “In our paper, we have described a method to grow well-defined graphene grains that have perfect hexagonal shapes pointing to the faultless single crystal structure.”

In the past two years, graphene growth has involved the decomposition of carbon-containing gases such as methane on a copper foil under high temperatures, the so-called chemical vapor deposition method. Little was known about the exact process, but researchers knew they would have to gain a better understanding of the growth mechanism before they could produce high-quality graphene films.

Until now, grown graphene films have consisted of irregular- shaped graphene grains of different sizes, which were usually not single crystals.

“We have shown that, surprisingly, it is not only the carbon source and the substrate that dictate the growth rate, the shape and size of the graphene grain,” Vlassiouk said. “We found that hydrogen, which was thought to play a rather passive role, is crucial for graphene growth as well. It contributes to both the activation of adsorbed molecules that initiate the growth of graphene and to the elimination of weak bonds at the grain edges that control the quality of the graphene.”

Using their new recipe, Vlassiouk and colleagues have created a way to reliably synthesize graphene on a large scale. The fact that their technique allows them to control grain size and boundaries may result in improved functionality of the material in transistors, semiconductors and potentially hundreds of electronic devices.

Implications of this research are significant, according to Vlassiouk, who said, “Our findings are crucial for developing a method for growing ultra-large-scale single domain graphene that will constitute a major breakthrough toward graphene implementation in real-world devices.”

The research was supported by the Department of Energy’s Office of Science, in part through the Fluid Interface Reactions, Structures and Transport Center, a DOE Energy Frontier Research Center led by ORNL.

A portion of the work was performed at the Center for Nanophase Materials Sciences, one of the five DOE Nanoscale Science Research Centers supported by the DOE Office of Science, premier national user facilities for interdisciplinary research at the nanoscale. Together the NSRCs comprise a suite of complementary facilities that provide researchers with state-of-the-art capabilities to fabricate, process, characterize and model nanoscale materials, and constitute the largest infrastructure investment of the National Nanotechnology Initiative.

The NSRCs are located at DOE's Argonne, Brookhaven, Lawrence Berkeley, Oak Ridge and Sandia and Los Alamos national laboratories. For more information about the DOE NSRCs, please visit http://science.energy.gov/bes/suf/user-facilities/nanoscale-science-research-centers/. Work at Lawrence Berkeley National Laboratory and the University of California, Berkeley, was supported by DOE's Office of Science and the Semiconductor Research Corporation.