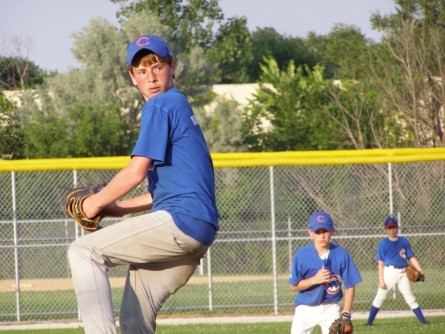 Yesterday, the Illinois High School Association (IHSA) Board of Directors voted in the implementation of new regulations for high school pitchers, effective immediately. Concerned about the health of young throwers’ shoulders and elbows, the group dropped the maximum number of pitches in one game from 115 to 105, among other changes.

For those throwing the maximum number of pitches, the player must rest for four days and can only pitch up to 90 pitches in the next game. Pitches thrown by ambidextrous pitchers are counted per player, not per arm.

The sports medicine physicians at Midwest Orthopaedics at Rush (MOR), who are also team doctors for the Chicago White Sox, believe these new regulations are critical to preserving kids’ arms. They have seen a rise in shoulder and elbow injuries among youth pitchers. Charles Bush-Joseph, MD, Midwest Orthopaedics at Rush sports medicine surgeon and team physician for the Chicago White Sox has been concerned for years about the damage being done to young pitchers’ shoulders and elbows. His group has been performing ‘major league’ surgeries on teenagers which may get them back on the field, but can have long-term negative impact on their shoulder and elbow health.

Recently, Midwest Orthopaedics at Rush conducted a study of those undergoing Tommy John surgery (to repair the ulnar collateral ligament of the elbow) and found that the fastest-growing segment was boys between 15 and 19 years of age.

In addition, the group conducted a second study showing the rate at which throwers experience fatigue and the risk of injury increases. And a third study linking speed and pitch count correlating to more injuries among youth pitchers.

Help is here. Alarmed by the skyrocketing number of young athletes who get shoulder injuries, the Illinois Athletic Trainers Association (IATA) and sports medicine physicians at Midwest Orthopaedics at Rush (MOR) have created a prevention program for young athletes vulnerable to shoulder injuries called “Shoulders for Life.” (check out www.shouldersforlife.org).