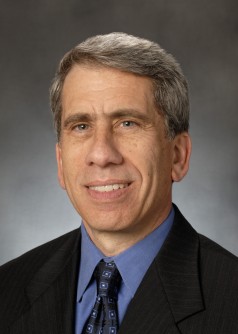 Nearly half of all state prisoners are drug abusers or drug dependent, but only 10 percent receive medically based drug treatment during incarceration. Untreated or inadequately treated inmates are more likely to resume using drugs when released from prison, and commit crimes at a higher rate than non-abusers.

In a paper published in the June 2012 issue of Health Economics, the research team found that providing substance-abusing state prisoners with more effective and accessible treatment in prison and immediately after release would save the United States criminal justice system billions of dollars relative to current levels. The savings are driven by reductions in the number of crimes committed by released inmates, which leads to fewer re-arrests and re-incarcerations.

The findings were based on a dynamic model that simulates the lifetime costs and benefits of improving prison-based substance abuse treatment and post-release aftercare for a cohort of 1.14 million state prisoners representing the 2004 U.S. state prison population.

The model accounts for substance abuse as a chronic disease, as well as differences in age, gender, race and ethnicity, and drug use and treatment history. The model also estimates the benefits of treatment throughout an individual's lifetime and tracks costs related to policing, trial and sentencing, and incarceration.

"With greater investment in substance abuse treatment before and after release, states would save approximately $17 billion in criminal justice system costs, which includes the costs of arrests, trials, incarceration and treatment," Zarkin said. "These are conservative estimates of the savings because they assume that aftercare costs are paid by the criminal justice system."

The authors used the model to predict societal benefits and cost savings relative to the current treatment system based on five policy scenarios. The scenarios included a combination of increased access to treatment, more effective prison treatment and improved access to aftercare.

"To see a real impact on costs and societal benefits, it's not enough to simply improve access to prison treatment; the treatment itself also needs to be more effective than it currently is," Zarkin said.

###About RTI InternationalRTI International is one of the world's leading research institutes, dedicated to improving the human condition by turning knowledge into practice. Our staff of more than 2,800 provides research and technical expertise to governments and businesses in more than 40 countries in the areas of health and pharmaceuticals, education and training, surveys and statistics, advanced technology, international development, economic and social policy, energy and the environment, and laboratory and chemistry services. For more information, visit www.rti.org.