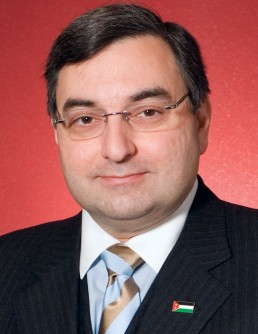 Newly elected Iraqi President Fuad Masum's decision to appoint Haider al-Abadi as the country's new prime minister, a move supported by the United States and its allies, was a bold move, said Feisal Istrabadi, Iraq's ambassador and deputy permanent representative to the United Nations in 2004-07.

"President Masum made a courageous and constitutionally correct decision in choosing Dr. Haider al-Abadi as prime minister-designate, despite threat of a coup by (Nouri) al-Maliki," said Istrabadi, professor of practice in international law and diplomacy in the IU Maurer School of Law and director of the IU Center for the Study of the Middle East.

"Al-Maliki's deployment of military forces around Baghdad are a clear threat of a coup against the constitution," Istrabadi added. "The United States and the international community are right to call upon Iraqis to form a unified government, one that has as its goals national unity, reconciliation and enfranchisement of all Iraqis, and unity to confront ISIS, which is a regional and international threat.

"Just as the Iraqi government needs to be more inclusive, U.S. diplomats must correct mistakes of the past, isolating themselves from a broad swath of Iraq's polity, talking to the same few insiders only.

"The U.S. and the international community are right to bomb ISIS to prevent the genocide of Yazidis and Christians and the fall of Erbil, and I hope to see the same effort in favor of a Baghdad government once it is formed."

Istrabadi is traveling in Australia but can be reached via email at [email protected] and by phone at +61 401 908 762. Arrangements for phone interviews also can be made through Joanna Davis at 812-855-7220 or [email protected].