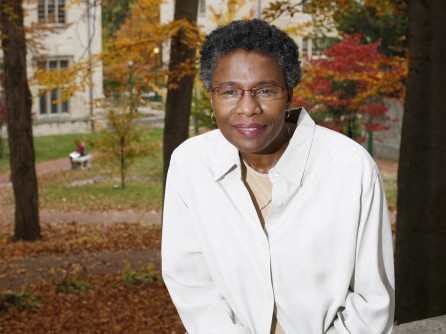 "The situation in Ferguson, Mo., is tragic, but not surprising," said Valerie Grim, professor and chair of the Department of African American and African Diaspora Studies in the College of Arts and Sciences. "When one reads the history of that city within the context of U.S. history and African continental history, we continue to see the existences of racism and colonialism.

"Not only is racism individual and societal, but institutional and structural. This is why a minority group, as in formerly apartheid South Africa, can rule and dominate a majority for decades," Grim said. "In every situation where racial dominance exists, change has to happen not only in relation to positions of power, as in a minority becoming president of the United States; it has to be structural and spiritual.

"It is not surprising to see that the domination of African Americans in Ferguson is consistent with the state sanctioning of violence against black people, many of whom are very poor," Grim said. "Yet, consistent with history and the need black people have always had to be heard and to have agency, the African American community in Ferguson has rightly stood up. They are not just standing against the white structural racist establishment in Ferguson, but against history and ideology, a way of thinking that views blacks as less than. Michael Brown is the impetus for this current moment, but the people of Ferguson have larger issues and struggles against systemic white power, like the kind that killed Emmett Till.

"There in Ferguson, there are some in the white community who understand the current and historical pains blacks there and throughout America feel. So they have joined the protest, as others of the past have, realizing that it is going to take more than African Americans in Ferguson and the U.S. to bring down hatred and racism. An overwhelming majority of us are going to have to stand, including freedom-loving people throughout communities of the United States and the world who feel disregarded in any form."