10-Feb-2020 11:10 AM EST, by University of Pennsylvania School of Nursing
favorite_border 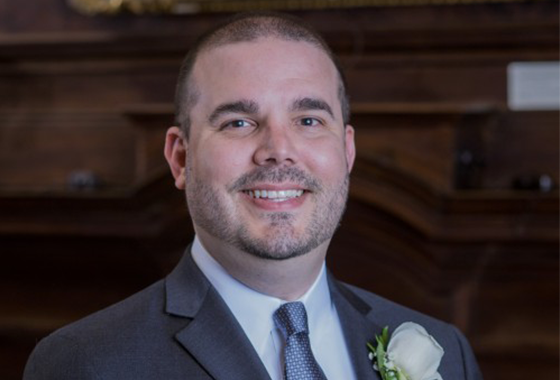 José A. Bauermeister, PhD, MPH, Presidential Professor of Nursing, will be the next Chair of Penn Nursing's Department of Family and Community Health.

Newswise — PHILADELPHIA (February 6, 2020) – José A. Bauermeister, PhD, MPH, Presidential Professor of Nursing, will be the next Chair of the University of Pennsylvania School of Nursing’s (Penn Nursing) Department of Family and Community Health, effective July 1, 2020.

“As a Presidential Professor, with an extraordinarily strong program of research, Director of the Program on Sexuality, Technology and Action Research (PSTAR), and past Chair of Faculty Search, José has already demonstrated strong leadership abilities both within and outside the School. He is known for his exceptional organizational skills and has a proven track record of successful formal and informal mentoring of junior and mid-level faculty,” said Penn Nursing Dean Antonia Villarruel, PhD. “José has a diverse background which includes immersion in the profession of nursing and a full commitment to interdisciplinary research, education, and practice. In addition, he has a great understanding of the complexities of School and University policies and procedures, is a Penn Fellow, and sits on several University Committees.”

Dr. Bauermeister’s research integrates perspectives from public health, social science, medicine, and human sexuality to create interdisciplinary strategies to curtail HIV disparities among sexual and gender minority adolescents and young adults. His work has been published in more than 200 scientific publications and book chapters in the areas of HIV/AIDS, online partner-seeking behaviors, LGBTQ health, and cognitive and emotional well-being. Bauermeister has been funded for $30 million as principal investigator in federal and foundation awards, and over $120 million as co-investigator in federally-funded research. He serves in the National Institutes of Health’s Sexual and Gender Research Working Group and the Population and Public Health Approaches to HIV/AIDS Study Section. He is a Fellow of the College of Physicians of Philadelphia, Fellow of the Aspen Institute’s 2019 class of Health Innovators Fellows, and a member of the Aspen Global Leadership Network. Bauermeister earned a PhD and MPH from the University of Michigan; and a BA from the University of Puerto Rico–Mayagüez.

The University of Pennsylvania School of Nursing is one of the world’s leading schools of nursing. For the fourth year in a row, it is ranked the #1 nursing school in the world by QS University and is consistently ranked highly in the U.S. News & World Report annual list of best graduate schools. Penn Nursing is currently ranked # 1 in funding from the National Institutes of Health, among other schools of nursing, for the third consecutive year. Penn Nursing prepares nurse scientists and nurse leaders to meet the health needs of a global society through innovation in research, education, and practice. Follow Penn Nursing on: Facebook, Twitter, LinkedIn, & Instagram.