An interview with Alexandra Michel on her book "Bullish on Uncertainty: How Organizational Cultures Transform Participants." 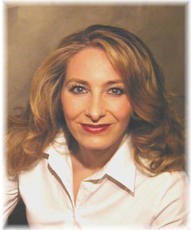 "In our society we tend to believe that knowledge workers can better cope with complexity when we decrease their uncertainty and give them the tools they need to become experts," says Michel who is a faculty member at the University of Southern California's Marshall School of Business. "This research, in contrast, shows that people are often better at complex jobs when they know less. This gives them the incentive to question assumptions and collaborate with others."

Here are some of the unusual practices that uncertainty-amplifying organizations use:

Bubble-Up Strategy"Strategy should not be dictated top-down but needs to continuously "bubble-up" from lower-level employees who are closest to the market. It thus becomes less explicit and more fluid than people are usually comfortable with," says Michel.

Fluid Roles"Organizational roles should be vague and fluid. As employees need to constantly self-organize anew, they become more aware of what a particular situation demands, as opposed to executing automatic routines," says Michel.

Staffing Based on Availability"Professionals should not be staffed based on their expertise but based on availability," Michel says. "Their resulting lack of knowledge will force them to communicate with others and distribute knowledge throughout the organization."

Training that Highlights Contradictions"Training should not resolve but highlight contradictions so that people become comfortable with this ubiquitous feature of the real world," says Michel.

Create a 360-degree Mentality"Instead of focusing employees on a limited number of goals—such as revenues—they need to be focused on the consequences of all of their actions, such as deals lost to competitors, year-round feedback from clients and colleagues; assistance provided to other departments; time costs of team members; and costs of other organizational resources," says Michel. "As employees keep muddling through this deluge of information without explicit guidelines, they become more sensitized to complexity and capable of dealing with it."

Adopting these management techniques can help create what Michel calls the "insecure overachiever," a professional who compulsively doubts what he or she knows and by lack of relevant knowledge is forced (not only incentivized!) to collaborate. "These ad-hoc collaborations are more likely to notice the uniqueness of a situation and design the right solution—versus merely apply the same template that has worked in the past," she says.