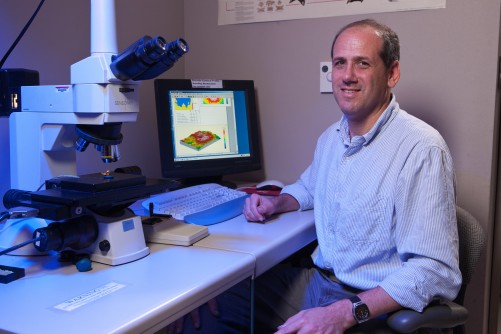 Newswise — FAYETTEVILLE, Ark. – The Leakey Foundation has awarded $18,000 to a team led by University of Arkansas researchers to travel to Tanzania and compare dental textures of modern hunter-gatherers to early human ancestors. Dental molds from this study and analysis of the modern hunter-gather diet may help determine what human predecessors, hominins, ate.

Peter Ungar, Distinguished Professor in the department of anthropology, and Sarah Livengood, a graduate student in the department, will use the grant to visit the Hadza people in northern Tanzania. Their colleague, Alyssa Crittenden from the University of Nevada, Las Vegas, will accompany them. They will collect dental molds and catalog the ethnic group’s seasonal diet and food preparation habits.

The team will return to the United States to analyze microscopic texture variations, or microwear, left by frequent food sources of the Hadza and compare this to dental molds of hominins. The comparison may provide evidence of what the hominins ate and the role that diet had on human evolution.

“Diet is the single most important factor underlying behavioral and ecological differences among living primates,” Ungar and Livengood wrote in their grant proposal. “It is undoubtedly a key to understanding the biology and evolution of the hominins.”

The Hadza live in similar savannah habitat as hominins did, and their diet may also be similar. However, of the approximate 1,000 living Hadza, only 200 subsist primarily on wild plants and animals.

“Rapidly shifting political boundaries affect the Hadzas’ ability to maintain their nomadic lifestyle,” Ungar and Livengood wrote. “Increasingly, the herd animals of neighboring pastoral populations who have moved into the area directly compete with wild ungulates for resources. This makes game hunting and even plant collection unviable. Approximately 15 percent of the Hadza abandon their traditional subsistence practices each year. Therefore, the proposed study is time critical.”

According to Ungar, researchers have analyzed microwear of museum samples and have found patterns that enable them to distinguish between the possible diets of agriculturalists and nomads. However, most previous studies relied on limited data. The team will have the opportunity to catalog what current hunter-gatherers eat and how they prepare food, and they will view their samples with three-dimensional technology. This technology uses a white-light scanner to measure features without human error.

While researchers can use dental molds to distinguish the grain-based diet of agriculturalists from the diet of nomads, discerning a specific diet eaten by hunter-gatherers may be more subtle. The microwear texture analysis that Ungar and his team developed may have the capacity to contrast the wear from meat, primarily eaten in the summer, and tubers, usually eaten in the winter when meat is scarcer.

Ungar is the chair of the department of anthropology and a faculty member of the environmental dynamics doctoral program at the University of Arkansas. He researches the diets of modern primates, early hominins and the mammals coexisting with early hominins. He is author or co-author of more than 130 scientific papers and author of Mammalian Teeth: Origin, Evolution, and Diversity, published by Johns Hopkins University Press. Livengood is a doctoral student in the department of anthropology and will incorporate data collected on the Hadza into her dissertation.