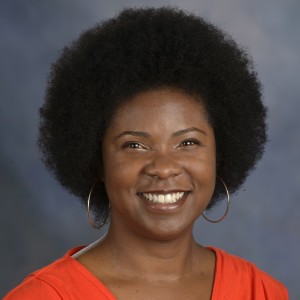 Tanya Washington, associate professor of law at Georgia State University in Atlanta, is available to discuss the issues involved and the constitutional ins and outs of the same-sex marriage case Obergefell v. Hodges before the U.S. Supreme Court on April 28. Washington is additionally co-author of an amicus brief that outlines how same-sex marriage bans harm children.

Copies of the amicus brief are available online at http://works.bepress.com/tanya_washington/23/ or from Washington or Jeremy Craig via the contact information above available to logged-in Newswise reporters and writers.

Washington outlines the potential rulings by the court:

First, the majority of the Court could rule that gays and lesbians constitute a “suspect classification” and laws that discriminate against them are subject to the strictest constitutional scrutiny. Discriminatory laws, like marriage bans, would have to be narrowly tailored to achieve a compelling state interest to survive constitutional challenge. This ruling, which is unlikely, would place gay and lesbian individuals on constitutional footing with heterosexual individuals and would afford them the same significant protections afforded those who are discriminated against on the basis of race and ethnicity.

Second, the majority of the Court could rule that the right to enter into a same-sex marriage is a fundamental right identical to the right to marry that the Court recognized as fundamental in Loving v. Virginia. Affording same-sex marriage fundamental rights status would require that state laws that infringe the right satisfy strict scrutiny, which is the most exacting of the applicable constitutional tests. The laws must be narrowly tailored to achieve a compelling state interest in order to survive a constitutional challenge.

Third, the majority of the Court could rule that same-sex marriage bans discriminate on the basis of gender and the Court would apply “intermediate scrutiny.” This constitutional test requires that discriminatory state action substantially serve an important governmental interest. While less exacting than strict scrutiny, the state is burdened with defending its law. This ruling, which is unlikely, could enable gay and lesbian individuals to use existing frameworks applicable to gender discrimination in many contexts (e.g., employment, education etc. …).

Fourth, the majority of the Court could decide that same-sex marriage bans should only be subject to “rational basis review,” which is the most deferential of the constitutional tests. The rational basis test permits a discriminatory law to survive constitutional challenge if it is rationally related to a legitimate state interest. The burden is on the challenger to establish that there is no conceivable justification for the ban. If the majority determines that rational basis applies, it can still invalidate marriage bans by ruling that the ends they pursue are not legitimate or that the bans do not achieve those ends. Many bans have been struck down under the rational basis test. If the Court reaches this conclusion, this narrow basis for invalidation would not provide much jurisprudential fodder for equality efforts in other contexts. Finally, the majority of the Court could invalidate marriage bans because they violate children's constitutional rights by depriving them of important economic and legal benefits and protections. A ruling that bans harm rather than safeguard children's interests would be an appropriate basis for invalidating these discriminatory laws and would give greater force to children's rights in other contexts. However, such a ruling is unlikely because although children are affected by these laws, their interests and rights rarely feature prominently in the Court's constitutionality of laws that discriminate on the basis of sexual orientation.

For more information about Washington, including links to her other publications, visit http://law.gsu.edu/profile/tanya-monique-washington/.