Looking for the One That Got Away? International Expert on Rekindled Romances and Lost Loves Available 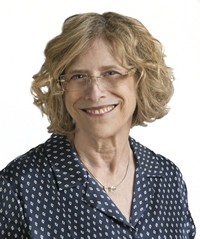 Newswise — Nancy Kalish, Ph.D., has been conducting research on reunited couples since 1993 and is recognized as the international expert on rekindled romances and lost loves. Her landmark study of 1001 people worldwide who tried reunions with former sweethearts was reported in her popular book, Lost & Found Lovers: Facts and Fantasies of Rekindled Romances (hardcover by William Morrow, Inc., 1997; paperback by iUniverse.com Back-in-Print, 2005). She has also written The Lost Love Chronicles: Reunions and Memories of First Love (2005) which appears in ebook, audiobook, and Kindle formats.

Dr. Kalish earned her doctorate from the Graduate Center of the City University of New York. She taught full-time at Monmouth University in New Jersey and Loyola University in Chicago, IL, before accepting a position at California State University, Sacramento, where she holds the rank of Emeritus Professor of Psychology. She has taught undergraduate courses in Child and Adolescent Psychology, along with graduate courses, such as Psychological Issues in Film and Developmental Processes (required for the Marriage and Family Therapy license in California).

Dr. Kalish’s professional articles, on a wide range of topics, have appeared in linguistics and psychology journals. She has also published theater and movie reviews in newspapers in New Jersey and California. Dr. Kalish is a longstanding member of the American Psychological Association, and serves on the Media Watch Committee of the Society of Internet and Media Psychology. She has provided expert testimony on attachment development in child custody hearings, California Superior Court.

Reunion.com featured Dr. Nancy Kalish as their Relationship Expert. She also served as the romance advice expert at Lovestories.com. The American Psychological Association lists Dr. Kalish as an expert for referrals to journalists and producers on the topics of lost and rekindled love, parenting, child custody, marriage issues, and adolescent romance.

Lostlovers.com was founded by Nancy Kalish, Ph.D. in 1997 to make available reports of her new research (now almost 4000 participants strong) and to announce her media events. A message board community was added to the site in 1999 to provide an opportunity for men and women with lost love issues to share their concerns with each other.

For people who seek objective, specific and confidential feedback about their lost love attachments, Dr. Kalish offers private phone consultations. Clients have included men and women who seek to understand their feelings and behaviors concerning lost love; clients who are in reunions they consider to be destructive, especially to their marriages, and they seek coping strategies for exiting their reunions; and betrayed spouses who seek to understand and cope with the devastation from lost love extramarital affairs.

Dr. Nancy Kalish was recently featured as the expert in a critically acclaimed documentary produced by the Canadian Broadcasting Company (Love Interrupted, 2009). She was recently invited to appear as a guest blogger at PsychologyToday.com.

She has also appeared on countless TV and radio shows, including Oprah, 20/20, Montel, CNN, NBC, Weekend Edition and All Things Considered of National Public Radio, as well as quoted as a trusted relationship expert in numerous magazines, such as Psychology Today, AARP, YM, Real Simple, Good Housekeeping, and Playboy. Her research has generated thousands of newspaper articles as far-reaching as Japan, India, Israel, England, and Australia, and from small, hometown publications to The New York Times, USA Today, The Chicago Tribune, The Los Angeles Times, and The London Times. Dr. Kalish’s research was featured twice in Dear Abby and on the front page of The Boston Globe.