29-May-2014 11:00 AM EDT, by Perimeter Institute for Theoretical Physics
favorite_border 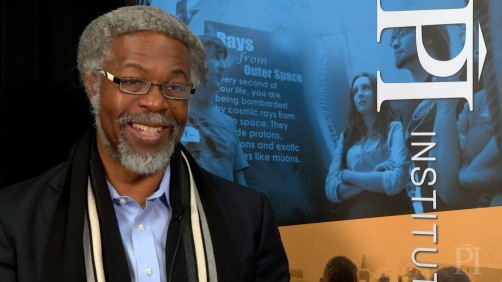 Newswise — May 29, 2014 (Waterloo, Ontario, Canada) – What do the works of an early 20th century composer have in common with the theoretical physics concept of supersymmetry?

On Wednesday June 4, 2014, as part of Perimeter Institute’s Public Lecture Series presented by Sun Life Financial, Gates will take live and online audiences on a journey “From the Mathematics of Supersymmetry to the Music of Arnold Schoenberg.” The talk will help demystify supersymmetry – a core theory of fundamental physics – by drawing an unexpected analogy to the dodecaphony technique invented by Austrian composer Arnold Schoenberg.

Gates is the John S. Toll Professor of Physics at the University of Maryland, the Director of the String and Particle Theory Center, and a Distinguished Visiting Research Chair at Perimeter Institute (PI). He is known for his work on supersymmetry, supergravity, and superstring theory, as well as his numerous appearances on NOVA PBS programs, including “The Elegant Universe” and “The Fabric of the Cosmos.”

In addition to his research, Gates serves on the US President’s Council of Advisors on Science and Technology, and previously served on the Maryland State Board of Education, Society for Science & the Public’s board of trustees, and as president of the National Society of Black Physicists.

In 2013, he was elected to the National Academy of Sciences, becoming the first African-American physicist so recognized in its 150-year history. Also in 2013, President Obama awarded Gates the National Medal of Science, the highest award given to American scientists.

Gates’ PI Public Lecture will be webcast live on Wednesday June 4, 2014 at 7:00 PM ET. Online viewers can pose questions to Gates by tweeting @Perimeter using the hashtag #piLIVE. Click here to sign up to receive an email reminder about the live webcast.

You can view past PI Public Lectures and events online, and find further details about PI’s research, training, and outreach activities at http://www.perimeterinstitute.ca.

ABOUT PERIMETER INSTITUTEPerimeter Institute for Theoretical Physics (PI) is an independent, non-profit, scientific research organization working to advance our understanding of physical laws and develop new ideas about the very essence of space, time, matter, and information. Located in Waterloo, Ontario, Canada, PI also provides a wide array of research training and educational outreach activities to nurture scientific talent and share the importance of discovery and innovation among students, teachers, and the general public. In partnership with the Governments of Ontario and Canada, PI is a successful example of public-private collaboration in scientific research, training, and outreach. http://www.perimeterinstitute.ca/ @Perimeter