Media Advisory: How the U.S. Can Sway North Korea 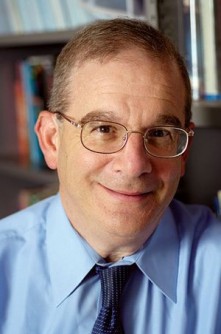 MEDIA ADVISORY: How the U.S. Can Sway North Korea

Newswise — Johns Hopkins University political scientist Steven David has a theory about how the United States might be able to influence the leadership of North Korea.

David, an expert in security issues, nuclear politics and political violence, developed the theory of “omnibalancing,” which argues that the best way to understand the decisions of the leaders of developing states is to assess what they need to do to survive in power. The greatest threats to their survival, he says, come not from other states, but from internal challenges – coups, insurgencies, revolutions. So, to influence a nation like North Korea, David says outside countries need to be able to convince Kim Jong-un that they can either protect them from these threats or make these threats worse.

In the case of North Korea, David says:

“The United States needs to persuade Kim that his continued development of nuclear weapons will increase the chances that he will lose power – which, in North Korea, also can mean losing his life. The easy part of this task is to persuade Kim that if he uses his nuclear arms, this will provoke a nuclear response, destroying North Korea and, even more important from Kim’s perspective, killing him.

“The part that is often ignored is that the U.S. can also act to increase internal threats against him, if Kim continues his nuclear developments. This means making it clear to Kim that the U.S. can increase the prospects of a coup or popular revolt should Kim behave in ways not to our liking.

“Despite its tight control, North Korean leaders (i.e., Kim’s father and grandfather) have had to deal with many internal threats. Kim himself has purged hundreds of his officials, suggesting that he too fears domestic challenges. The United States has a history of using internal threats to topple regimes. The leaders of China and Russia have both indicated they fear American domestic meddling that threatens their hold on power. Washington has to make sure that Kim too fears U.S. actions. This can help provide the basis for an agreement by which America reassures Kim that it won’t seek to topple him in exchange for his agreeing to do what the U.S. wants (e.g., freeze in nuclear and ballistic missile development, return of IAEA inspectors).”

To speak with David, a professor of international relations, contact Jill Rosen at 443-997-9906 or jrosen@jhu.edu.

Information on broadcast-quality interviews with Johns Hopkins experts on Vyvx or ISDN can be found here.